On view through Saturday, April 1st

A “life review” is a phenomenon widely reported as occurring during near-death experiences, in which a person rapidly sees much or the totality of their life history in chronological sequence and in extreme detail. For his second solo show at moniquemeloche, Ben Murray continues his investigation into the aesthetics of memory with new paintings that explore this mortal notion using a cinematic lens, as if life itself were a screenplay to be viewed before the final frame.
Multi-layered, semi-representational paintings of recollected places and events, the works on view comprise the moments that shape a lifetime, mundane or otherwise. Void of characters or dialogue, these compositions are constructed in a durational framework, simultaneously conveying the multiple frames of lived experience in reverse. Images appear, dissolve and become filters for one another; light is shifting and transitional; time is elongated and compressed. Here, Murray performs the role of the projectionist, transforming all semblances of the everyday into mere apparitions on the painterly screen.

Ben Murray (b. 1977, Merrillville, IN; lives and works Chicago) received his MFA from the University of Illinois, Chicago in 2013 and his BFA from the Herron School of Art, Indianapolis in 2011. He was a 2014 Artist in Residence at the Bemis Center for Contemporary Art in Omaha, Nebraska and a 2012 MFA Resident at Ox-Bow in Saugatuck, Michigan. After this MFA thesis show at UIC in 2013, Murray was in the group exhibitions Recent Paintings at Northwestern University, Kaplan A.I.R Exhibitions, curated by John Neff and Revisiting Undomesticated at Design Cloud, Chicago. In 2014, Murray had his first solo show at moniquemeloche, followed by the important group exhibition Ground Floor at Hyde Park Art Center—a juried exhibition of the best recent MFA graduates from Chicago’s top art schools. In 2015, moniquemeloche presented his work at The Armory Show, New York. Recent group exhibitions include New American Paintings: Midwest Edition at Elmhurst Art Museum and #BemisPainters: 1985-2015 at Bemis Center for Contemporary Art, both 2015. Murray currently teaches at Illinois State University. 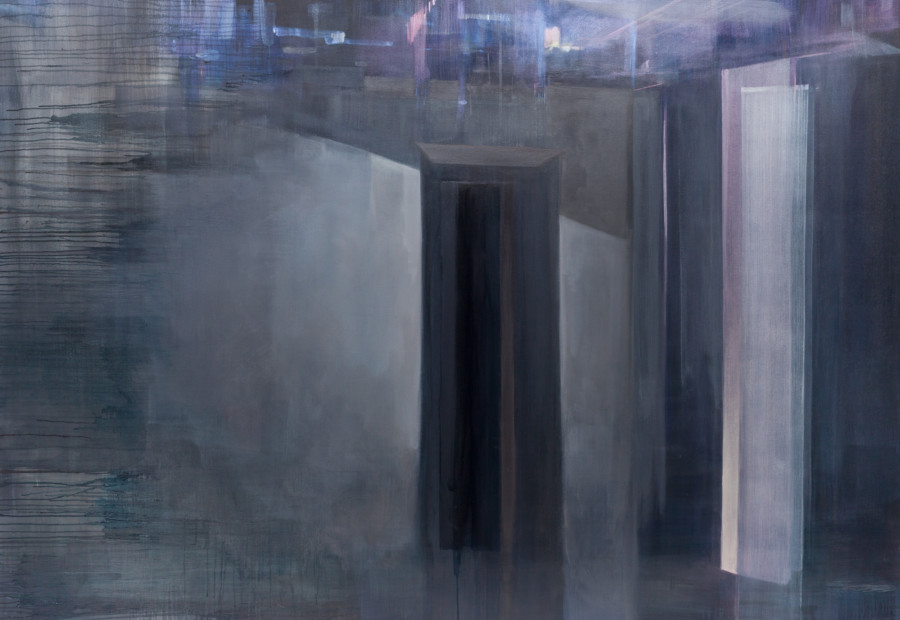