reRaceDis is a temporal dance duet coexisting within Ligon’s lowercase signature neon work comprised of three words: “blues, bruise, and blood”. both adé Soleil’s reRaceDis and Ligon’s A Small Band are inspired by the testimony of Daniel Hamm. Hamm was part of the “Harlem Six,” a group of young black men wrongly accused and convicted of murder in the mid-1960s. In an interview, Hamm spoke out against the police brutality he experienced while in custody, testifying “I had to, like, open the bruise up and let some of the blues…bruise blood come out to show them.”

Originally developed as reRace: a movement study, adé Soleil crafts a duet originally drawn from Belgian choreographer Anne Teresa de Keersmaeker ‘s “Come Out,” with sound score by minimalist composer Steve Reich. Hamm’s audio recording is the source by which Reich composed “Come Out”. de Keermaeker’s piece has been presented with two white female dancers, neither seeking to reflect Hamm’s physicality nor expressive of his state of being. Performed by adé Soleil with one other dancer, reRaceDis directly reflects the black male body connected to the voice of Daniel Hamm. Furthermore, as the two male dancers move within Ligon’s installation, the movement embodies the cyclical nature of Reich’s composition; akin to de Keersmaeker’s choreography, but ultimately paralleling it to the ways black bodies are systematically subjected to prone positionings and “disabled” through imposed psychological conditionings. 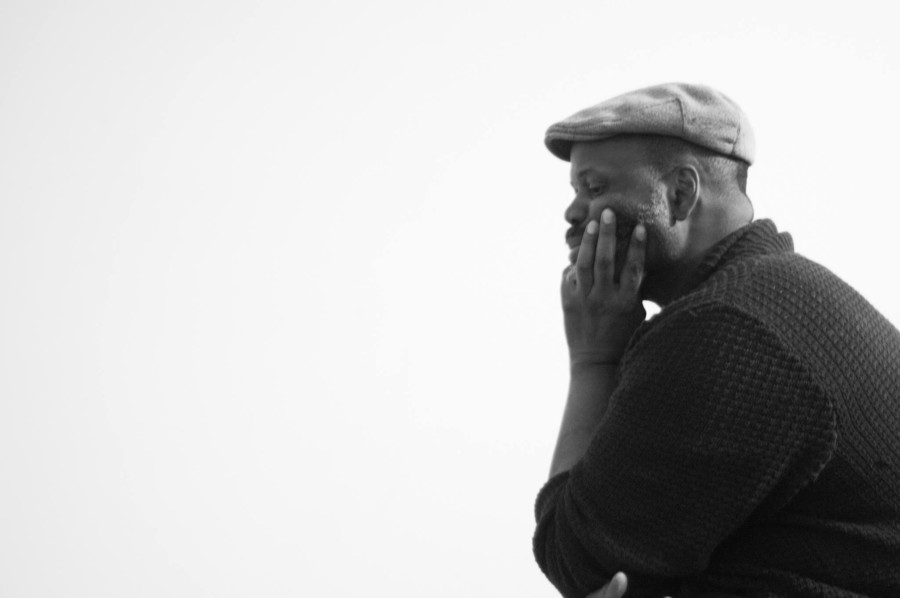