On view through Sunday, April 16th

The Block Museum presents an exhibition of newly commissioned work by the internationally acclaimed French-Algerian artist Kader Attia (b. 1970), based in part on the artist’s research in the collections of Northwestern University’s Herskovits Library of African Studies and interviews with university faculty across disciplines. Conceived as an installation, the exhibition will feature collage, a sculpture, and an extended film-essay. Taken as a whole, the works will expand on Attia’s long-term exploration of trauma and repair, both of the body and of society, and will probe the legacies of colonialism, slavery, and xenophobia in our time.

Join us for the opening of “Kader Attia: Reflecting Memory”, where Curators Kathleen Bickford Berzock and Janet Dees will give context to the project, followed by a conversation between Attia and Caroline Bledsoe and Peter Locke, faculty members in anthropology and global health studies at Northwestern University. The conversation will be moderated by art history PhD candidate Antawan Byrd.

Kader Attia grew up moving between Algeria and the suburbs of Paris, and uses this experience of living as a part of two cultures as a starting point to develop a dynamic practice that confronts cultural differences. His debut solo exhibition was held in 1996 in the Republic of Congo, and since then his artistic career has gained major international recognition, with inclusion in exhibitions such as the 50th Venice Biennale (2003), dOCUMENTA13 (2012), the 8th Lyon Biennial (2015), the 5th Marrakech Biennial (2016), and Dak’Art 2016. Attia has recently exhibited in major shows at the Museum of Modern Art, the Centre Pompidou, the Tate Modern, and the Guggenheim Museum. In 2016 he was awarded the Marcel Duchamp Prize, among France’s most prestigious arts award, and his solo exhibition Sacrifice and Harmony, at the Museum für Moderne Kunst, Frankfurt, was named German exhibition of the year by the International Association of Art Critics (AICA).

This exhibition is organized by the Block Museum in partnership with the Melville J. Herskovits Library of African Studies. Support for the exhibition has been provided by the Myers Foundations, the Diane and Craig Solomon Contemporary Art Fund, the Alsdorf Gallery at the Block Museum Endowment Fund, and the Kaplan Institute for the Humanities. 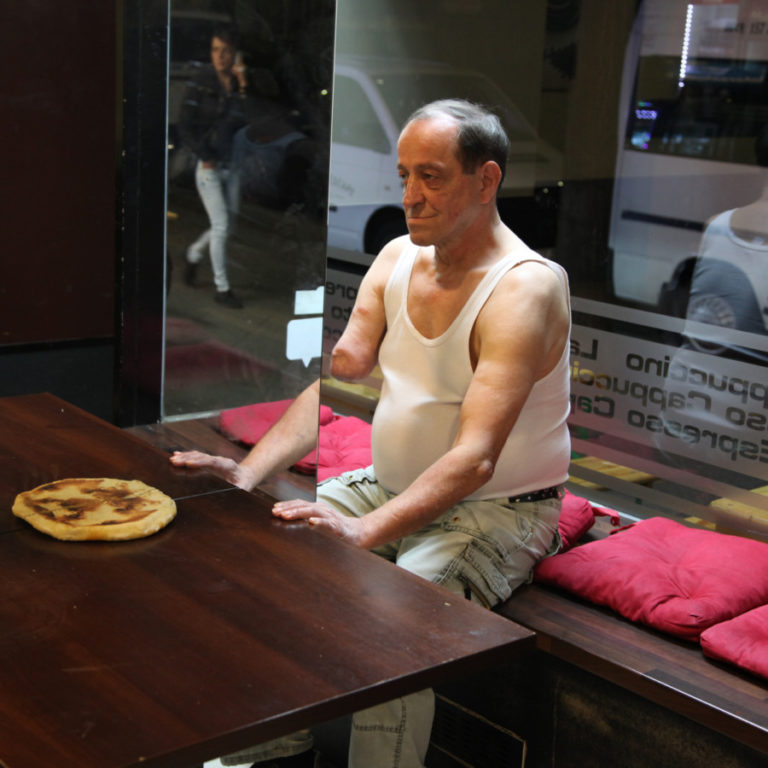