I Have Feelings to Express

On view through Sunday, February 26th

“I Have Feelings to Express,” Tiger Strikes Asteroid’s second group exhibition in Chicago, brings together members of the LA branch of the four-city TSA collective, and an invited selection of outside artists from Chicago. Carl Baratta, Vanessa Chow, Dan Gunn, Karolina Gnatowski, Erin Harmon, Stacee Kalmanovsky and Mindy Rose Schwartz each practice with vastly differing media, content and making processes, though when their works are viewed together, a variety of formal relationships emerge.

Amongst the works of TSA LA members Baratta, Chow and Harmon, and Chicagoans Gunn, Gnatowski, Kalmanovsky and Schwartz, a viewer can spot glimpses of common threads: invented landscapes, stressed figures, peculiar palettes and tactile material. It’s not so much that these seven artists embody a theme that unites their disparate practices, but that their individual formal explorations intersect like Venn Diagrams. “I Have Feelings to Express” is indicative of the kinds aesthetic dialogues that transcend geographical boundaries. 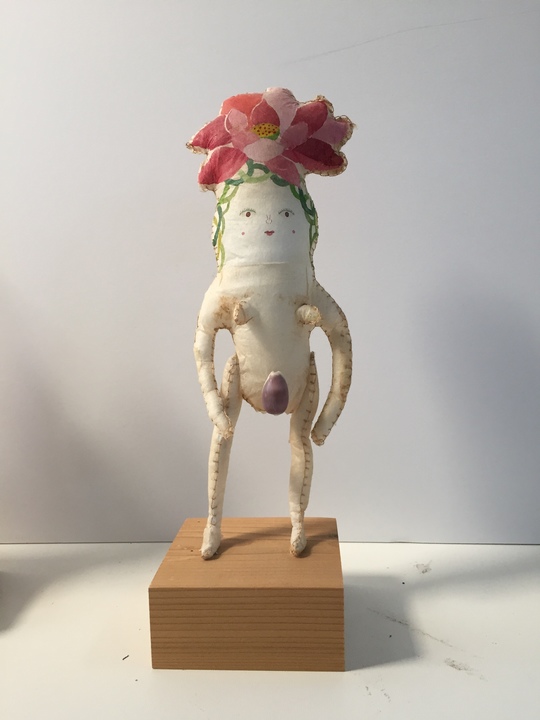