On view through Friday, February 19th

Diorama by Taylor Holloway and John Clark
Exhibition Dates: January 14th – February 19th
Viewable 24/7 from Milwaukee Avenue Windows (only viewable from the outside. The space will not be open)

Design and architecture duo, John Clark and Taylor Holloway will debut their first major collaboration, Ancient Age: An Endless Journey in Place, at The Logan Square Comfort Station, on January 14, 2017. For it’s Winter 2017 Takeover Exhibition, Clark and Holloway are creating over-sized window-box dioramas in the Comfort Station’s south facade windows. The dioramas will re-create the culmination of the last Ice Age, during the Pleistocene Era, and the recession of the Laurentide Ice Sheet that shaped Illinois’ landscape.

Ancient Age, a journey of magical realism, transports viewers to an ancient past that has always been beneath their feet. A window becomes a porthole to a nature we may have forgotten, but the land we call Illinois will have not. A narrative of light and shadow, Ancient Age is an armature of laser cut imagery that presses us to consider what was here before us, what will remain long after we are gone, and what we decide to leave in our wake. Viewers of Ancient Age are reminded of the ceaseless cycles of nature; be it a millennia, or just a few winter months.

Clark and Holloway met while completing their Master of Architecture degrees at the University of Illinois at Chicago. Their common interest in construct-ability and shared desire to create transformative spatial experiences is explored in this exhibition.

As we traverse the snow covered sidewalks of Milwaukee Avenue now, so did the ancient Woolly mammoth, Megatherium the giant ground sloth, and Macrauchenia the llama, before us. The same routes, the same end in sight–a new spring, a new year, a new life. 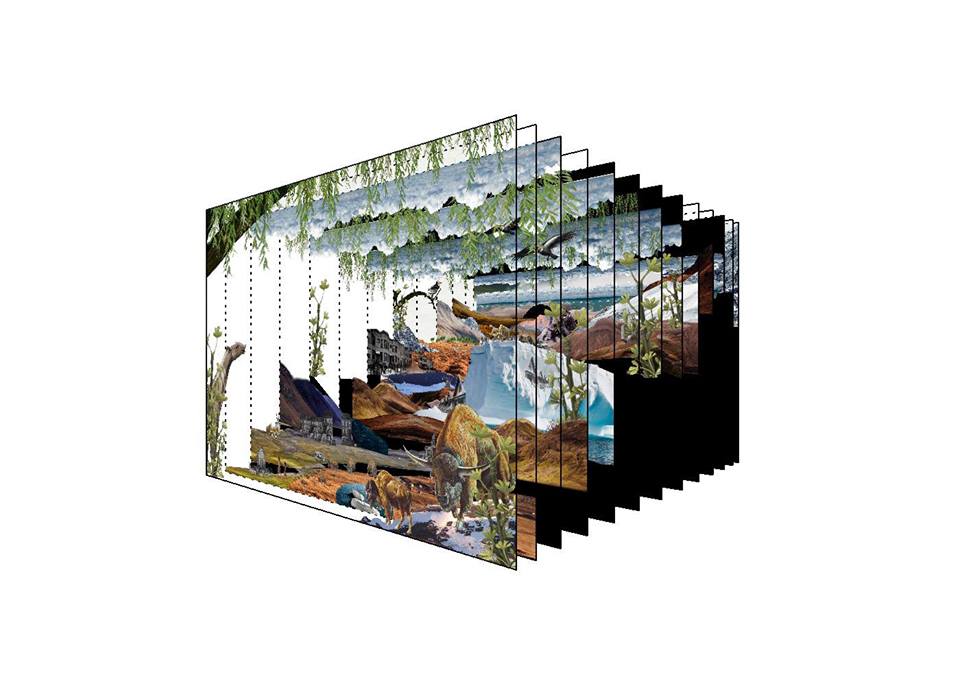