On view through Saturday, January 14th

A ‘phantom’, in the sense that neurologists use,
is a persistent image or memory of part of the body,
usually a limb, for months or years after its loss.
-Oliver Sacks

Phantom Limb, Chapter 1: The Relic opens a re-examination of the complexities and myths surrounding the infamous Antonio López de Santa Anna and his prosthetic leg. Mexico’s most polemic politician and general, Santa Anna is often blamed for losing half of the country’s territory to the United States in the Mexican-American War (1846-1848). During the war, Santa Anna’s prosthetic leg was also captured by an Illinois infantry as he fled from American troops at Cerro Gordo. Using the phantom limb as a metaphor for the missing territory, El Coyote Cojo’s project analyzes how historical and military narratives have been interpreted, used and abused by both Mexico and the U.S.

Absorbing new meaning as a trophy of war, the prosthetic leg comes to resemble a religious relic that must be conserved, guarded, retained or reclaimed — while also fueling glorified nationalism in both countries. Framed by the current political tensions around the U.S.-Mexico border, the proposed wall, immigration, and deportation, El Coyote Cojo interrogates the veracity of these historical documents and actors, as well as how the narratives constructed around them continue to resonate in contemporary questions of identity, territory and power in U.S.-Mexico relations.

Adela Goldbard and Emilio Rojas were both born in Mexico City and currently live in Chicago, where they collaborate under the name El Coyote Cojo — a research-based, cross-disciplinary collective that magnifies areas of political tension in bi-national relationships through the creation of site-specific artistic projects. With a background in film, performance, video, photography, installation and writing, Goldbard and Rojas attempt to visualize and juxtapose suppressed histories and occluded narratives – dismemberment, prosthetics, violence, nationhood, and crisis – within current socio-political issues.

The Relic marks the introductory chapter of their larger ongoing project Phantom Limb, which recently received the Eager Grant from the Shapiro Centre for Research and Collaboration at the School of the Art Institute of Chicago, where they are both MFA candidates and recipients of The New Artist Society Scholarship. As a way of broadening their research, the collective invites other artists to contribute to their projects; Matias Armendaris, whose work expands across drawing, printmaking and sculpture, will collaborate with the group for this exhibition. 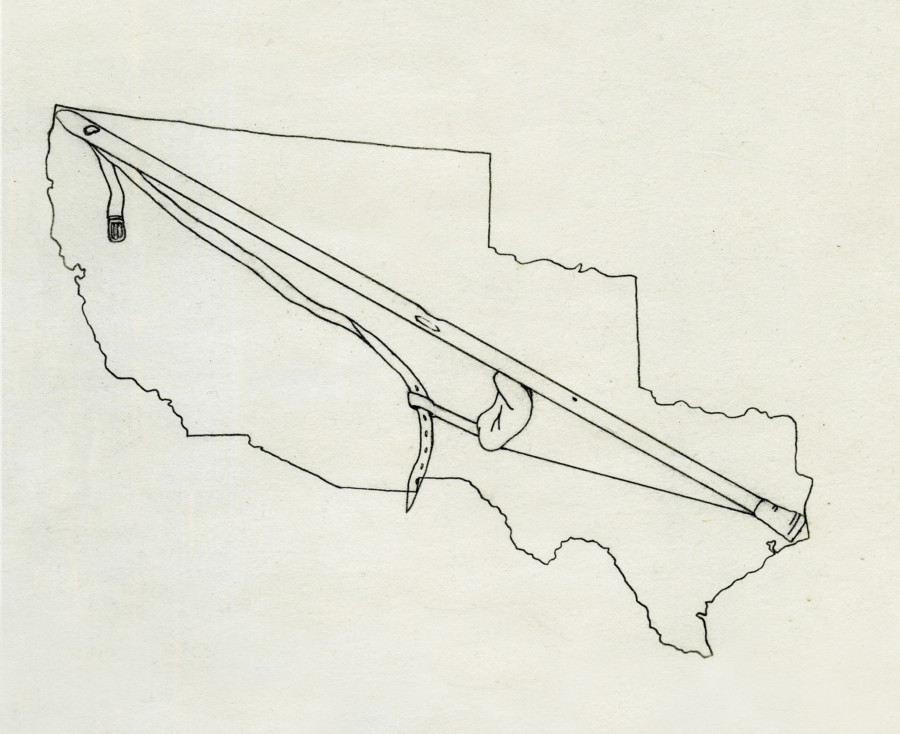