On view through Friday, January 15th

Tiger Strikes Asteroid (TSA) Chicago is thrilled to present its inaugural exhibition [Old/New] Psychedelic Providence, a group show featuring emerging and mid-career artists from Providence, Rhode Island. By opening its doors with a display of artists and artworks from elsewhere, TSA Chicago demonstrates its commitment to exhibiting culturally and geographically diverse projects in service of dramatically expanding the networks and connections of Chicago artists. The exhibition is curated by Jamilee Lacy, Director and Curator of Providence College—Galleries, in consultation with TSA Chicago co-directors Anna Kunz and Michelle Wasson.

Coined by British psychologist Humphry Osmond, the meaning of the word “psychedelic” is “mind manifesting”. From the elaborate Victorian structures of nineteenth-century experimental architects and H.P. Lovecraft’s “Color Out of Space” to the ivy league intelligentsia of 1960s counterculture movements and the Fort Thunder digs and outrageous constructions signature of art collective Forcefield, Providence has been home to the mind-manifested inner worlds of many. Indeed, artists living and working in the city have consistently summoned ideas and aesthetics out of historical and recent tropes of the psychedelic in art and design.

[Old/New] Psychedelic Providence highlights current manifestations of the psychedelic in the productions of artists living and working in the city today. Some iterations involve the typical combination of kaleidoscopic color, intricate rendering and sharply delineated layouts. Still abound are references to Op Art, craft, pop, counterculture and sci-fi ambience. Trippy landscapes allude to the prevalence of the city’s motley mix of Victorian tradition and scenery. Un-stereotypical references to drugs and party culture pop up every once in a while, too. But, perhaps due to the city and artists’ proximity to an American design mecca (Rhode Island School of Design), graphic form and streamlined composition come together in ways they have not before. There is less visual overload, fewer references to collected display and cultural otherness, and more sensitivity towards repetition. The artists in this exhibition restrain the wildest of ways into compact arrangements. They organize dreamy surreal-ness into tight units and orderly editions, suggesting that the psychedelic, while inspirationally boundless, needs some limits… even in psychedelic Providence.

Tiger Strikes Asteroid (TSA) is a network of artist-run spaces with locations in Philadelphia, New York, Los Angeles and most recently Chicago. Each space is independently operated and focuses on presenting a varied program of emerging and mid-career artists. Our goal is to collectively bring people together, expand connections and build community through artist-initiated exhibitions, projects, and curatorial opportunities. We seek to further empower the artist’s role beyond that of studio practitioner to include the roles of curator, critic, and community developer; and to act as an alternate model to the conventions of the current commercial art market. 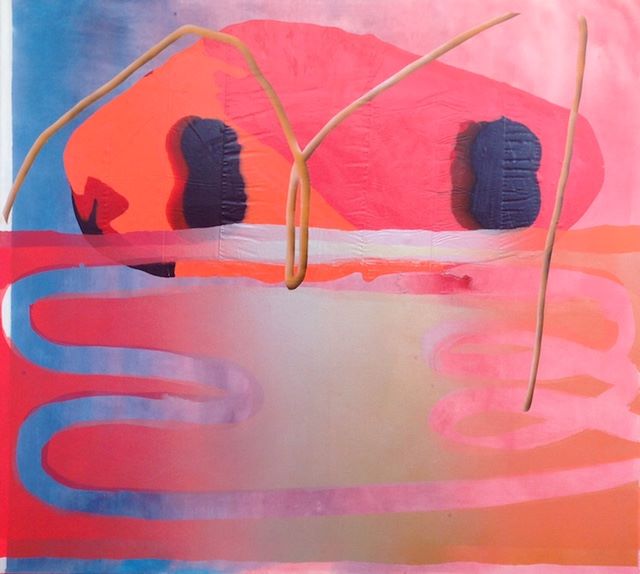