On view through Thursday, January 7th

Come to the opening of Good Machines from 3-6pm, December 4th, with two performances by Niki Passath happening during the opening, and also an artist talk with all the artists in the show from 5-6 in our FlexSpace Gallery. LOTS OF FUN! We are also delighted to announce that we will be having a Family Day event on December 10th (more details to come soon) which uses the ideas and processes from the Good Machines show as an interactive event for all ages! Please come!!

Good Machines:
How can we use technology to better connect to others and create new experiences for ourselves? This group exhibition explores this question through works that exploit machine and technology and use interactivity as a form of performance, while looking at the role that potentiality and destruction play within those experiences. Artists whose work often uses technology as a medium have been invited to create machines that will generate a gesture, a kind of “drawing” in the form of a mark, sound, light, object, or movement. Due to direct or indirect public interaction with the machines, and within the confines of the gallery space, these drawings will change over time, and possibly be destroyed in the process. Come join in!

“Good Machines” draws inspiration from Experiments in Art and Technology (E.A.T.), an organization started in the 1960s by Robert Rauschenberg, Robert Whitman, Billy Klüver and Fred Waldhauer that brought artists, engineers, and cutting-edge technology together with the goal of reshaping human relationships to machines, information, and community. Artists who worked with E.A.T. include Fujiko Nakaya, Andy Warhol, John Cage, Yvonne Rainer, Forrest Myers, Öyvind Fahlström, Lucinda Childs, Alex Hay, Frank Stella, Michel Auder, John Chamberlan, Nancy Graves, Ralph Hocking, Joan Jonas, Les Levine, Michael Netter, Brigid Polk, Larry Rivers, Lucas Samaras, Richard Serra, Tony Shafrazi, Michael Snow, Keith Sonnier and many, many others. Their goals were generous in that they wanted to reach people traditionally outside of the art world, as well as take art outside of the gallery context and insert it into the everyday in ways that opened up new conversations.

Taylor Hokanson is an artist, educator and open source hardware advocate. His practice revolves around the creative opportunities formed by online communities and computer-aided fabrication tools. This research informs carefully engineered objects that question the myth of singular authorship, our expectations of post-digital functionality, and the absurdity of human-human and human-computer interaction. Hokanson’s work has been shown in Austria, Canada, Estonia, India, Italy and throughout the United States. In keeping with the nature of his research, online venues form an equally important distribution medium. See the following websites for more information: taylorhokanson.com; diylilcnc.org; github.com/TaylorHokanson; lynda.com/search?q=taylor+hokanson.

Richard Holland is a 2003 JD/MA/MFA graduate of the University of Wisconsin-Madison. He had his first gallery show while still in high school, in 1989, and never really came to his senses. Along with Duncan MacKenzie, he founded the art blog and podcast Bad at Sports in 2005. He received grants from the Illinois Arts Council in 2004 and 2009. He has lectured and led numerous panel discussions on art, business and legal issues faced by artists, and comics at a varied string of venues including apexart, threewalls, the National Museum Publishing Seminar, the Art Institute of Chicago, the School of the Art Institute of Chicago, and College Art Association. He has been a visiting artist at Bradley University, Washington State University, and the University of Wisconsin-Madison. In his spare time he is an attorney in private practice, a realtor, and father to two future ninjas.

J. Stephen Lee is a graphic designer and educator currently located in Portland, Oregon. He has experience in art direction, motion graphics, and UI/UX. He received an AB in Studio Art/Psychology at Dartmouth College and an MFA in Graphic Design/Integrated Media at CalArts.

Eric Lunde is not an artist that specializes in any one talent, media, or genre. My work has ranged from performance and performance art, experimental audio to 2D drawing and wall sculpture/installation. I have numerous audio releases in various formats released through audio concerns here in the US and throughout the world.

Niki Passath studied Violoncello and Architecture in Graz, Austria and made his diploma in Media Art and Digital Art at the University of Applied Arts in Vienna, Austria.The longterm involvement with classical music instruments lead to his interest in automatons, machines and robots. On the one hand he develops robots which draw their experiences as traces on different surfaces, on the other hand he is using the 3D-printing technology to transfer digital content back from the virtual to the reality. Passath lives and works in Vienna.

Jesse Seay is an artist and associate professor in the Department of Audio Arts & Acoustics at Columbia College Chicago. She holds an MFA from The School of the Art Institute of Chicago and an MA from UNC-Chapel Hill. Her sound-producing kinetic sculpture has shown at the Hyde Park Art Center, the Peggy Notebaert Nature Museum, the Chicago Children’s Museum, and is on permanent display at the University of Chicago. Find her online at www.jesseseay.com.

Philip von Zweck‘s conceptually driven works ranges from radio broadcasts and participatory public projects to solely authored paintings. He was a founding member of the radio art collective Blind Spot (2005-2008) and producer of the weekly sound art radio program Something Else (1995-2010) on WLUW, Chicago, director of the living room art gallery VONZWECK (2005-2008) and his office gallery D Gallery (2011-present). Solo projects have been presented at The Knockdown Center, NYC; INVISIBLE-EXPORTS, NYC; 65GRAND, Chicago; Performa 11, New York; NADA Hudson/INVISIBLE-EXPORTS; The Museum of Contemporary Art Chicago; Gallery 400, Chicago; three-walls, Chicago. He is the founder of the Chicago Artificial Birding Society and President and CEO of Thornberry, producer of the world’s finest doorstops. He is represented by 65GRAND. 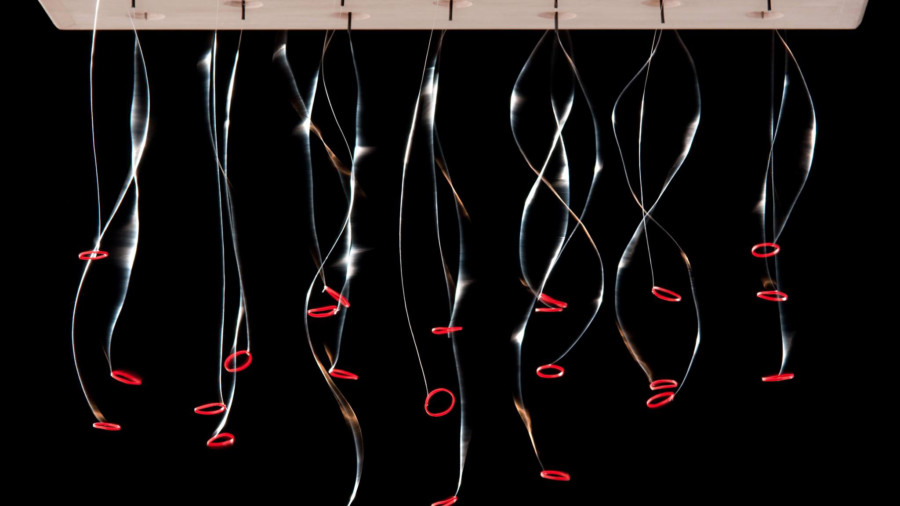