Join us on Saturday, December 17 for a presentation of the work this year’s artists completed during their residencies. The 2016 Artist Residency Program is made possible thanks once again to a generous grant from the National Endowment for the Arts Art Works Program.

The four selected artists/groups work in a diverse array of disciplines, including music, cinema, sound art, and literature, and are all extremely accomplished in their respective fields:

Interdisciplinary artist Rashayla Marie Brown used her residency hours to create soundworks that endeavor to be inclusive of differently abled audiences. She planned “to use the facilities to record and mix several texts designed to sonically represent [her] visual work to those who cannot see and also to create a sonic landscape for the deaf which can be felt physically, such as in the use of deep bass.” These projects will become sonic elements in installation projects to be exhibited this summer in Chicago and Wisconsin.

Filmmaker Mary Helena Clark devoted her residency to designing sound for a short film entitled Delphi Falls. “Using sound as a central device, [the film] explores themes of transhumanism through the distinct environments of the forest and an anechoic research facility. [It] follows four adolescent boys as they walk through a rural landscape. After one goes missing, the friends’ search brings them deeper into the woods, trespassing into a military testing site. There they encounter various anomalies, such as sudden changes in season, and acoustic incongruities that trigger a break down of rational order and linear time.”

Composer Christopher Preissing and North Carolina-based author Amey Miller are collaborating on a ‘sound-book’ called In Search of Margaretta Black. “Occasioned by the genealogical search for an ancestor of uncertain parentage, and through a process of collecting, arranging, rummaging and ruminating materials—both sound and text—the [project] is a miscellany that mimics the actual Directory of the Borough of West Chester for 1857 in many particulars of contents and layout. It includes a narrator’s essay, genealogical charts, maps, timelines and interactive audio and website.” They plan to use ESS’s facilities and technicians to “support the collection of field recordings and location recordings of original texts, mixing to stereo and 5.1 surround sound, and MAX-MSP/Jitter programming for digital and web formats.”

Multi-instrumentalist, composer, producer and hearing conservation advocate Amey Miller used his residency hours to record a backlog of original compositions. In his own words: “I love nothing more than experimenting with sounds and textures…. I am also open to bringing different instruments into the studio and improvising and create new works inspired by the space of ESS, [as well as] bringing in other musician friends and just seeing what happens in the studio environment. Whether it is a metal pitcher that I played with chopsticks at the home of a friend at an impromptu music jam when there were no hand drums to be found, or playing a collection of army ammunition boxes, bullets, soldier helmets, canteens and dinner trays for a film project, or literally playing a bicycle […] I love discovering sounds, textures and nuances from anything and everything.” 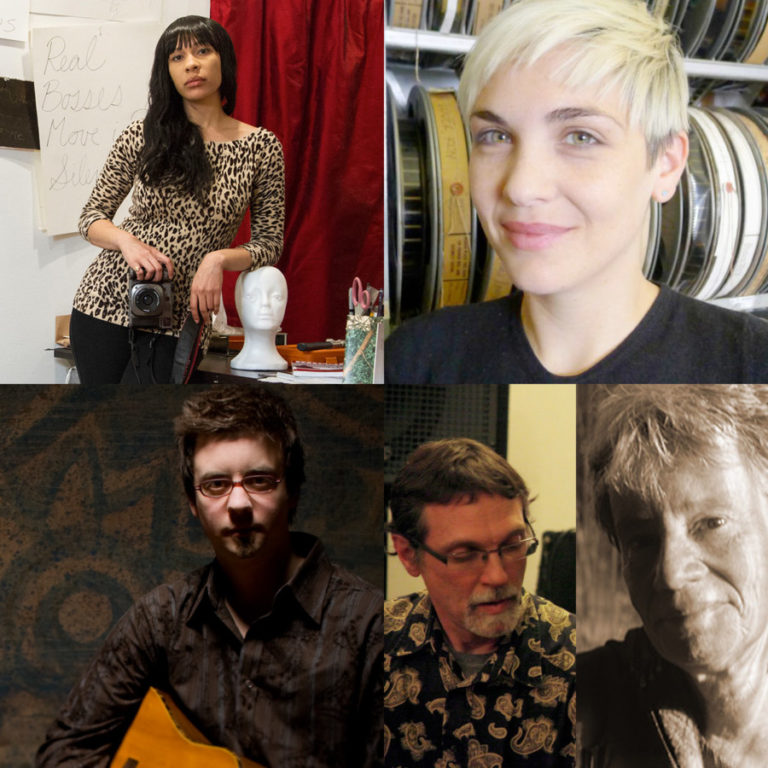