On view through Wednesday, January 27th

Erin Smego is a sculptor that mainly works with lumber, spray paint, and concrete. She draws ideas from people’s personalities and emotions, including her own. Erin finds curiosity lies in what really makes people tick – how people act, react and why – and then channeling this energy into a piece. Erin engages in include: persistence, awkwardness, peculiarity, embarrassment, embracing, gripping, falling (apart), giving, isolation, separation, emptiness, hyper-optimism, and vulnerability. Elements of playfulness sometimes appear, and color (or lack of) is used to reflect emotion.

The idea of form and simultaneously formless drives my intrigue as well as hints of honoring impermanence, imperfection, and vulnerability. Attempts at invention are ongoing; experimentation plays an active role in my studio practice. Paintings are thought of as less dimensional sculptures that are flattened, while installations are ideas expanded.

Join us December 18th as we unveil a series of murals on the Hermosa Walls project space. The event is free and open to the public. Snacks and refreshments will be up for grabs. 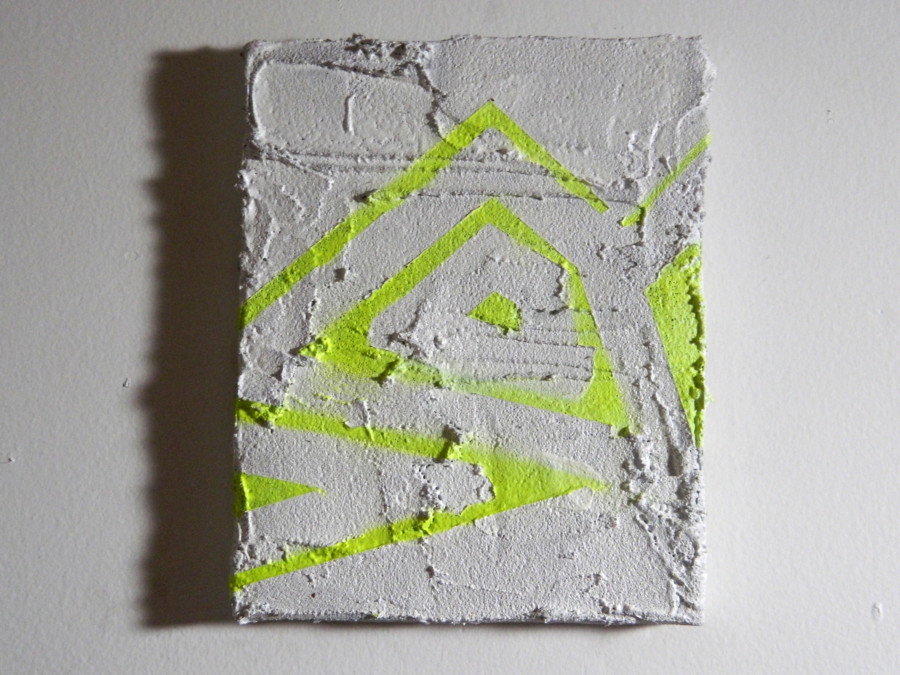