Alex O’Neal: Hiding Places In A Dream and Brenda Moore: In Search of Lost Time

On view through Saturday, February 11th

Linda Warren Projects presents two wonderful solo shows by Alex O’Neal and Brenda Moore. Marking O’Neal’s fourth solo exhibition with the gallery and Moore’s third, both of these talented artists will present new works from their very distinct oeuvres that extend on long held personal interests and formal motifs. Poetically bonded as colleagues and friends, O’Neal and Moore draw from intimate memories, art history, and pseudo narratives that are both magical and psychological.

At first glance, O’Neal’s compositions assume an outsider art quality that is both alluring and complex. His vibrant colors and dreamlike images instantly capture our curiosity and imagination. Monumental ice cream cones, neo-classical gladiators, clocks, wreaths, shrines, and mythic bears are but a few of the characters that manifest within his implausible narrative. Totemic emblems serve as stand-ins for a personal visual language and gesture – a narrative that the artist has evolved and developed since the mid-nineties.

Throughout O’Neal’s artistic career, locality and environment have played a critical and invaluable role that advances and informs his practice. From his upbringing in Mississippi to his prior Brooklyn studio that once housed a funeral home (and generated an atmosphere of “Studio Ghosts”) to the international artist residencies he actively partakes in (whether in the Catalonia Pyrenees, the South of France, Switzerland, or Memphis), O’Neal’s paintings and drawings emerge from an amalgamation of his interaction with a particular space. Prison bars, migraine zigzags, peppermint stripes, thistle flowers, mean hippies, shrine groupies, and much more adorn his wondrous compositions and create obscure narratives that express both his personal experience and his myriad intellectual concerns. O’Neal deliberately weaves the overt perplexities and nuance absurdities that exists within topics surrounding tradition, culture, aesthetics, and community. It is this visual language that defines his idiosyncratic style and creates his ironic juxtapositions. Beautiful memorials and shrines that commemorate death are forced to dialogue with dripping ice cream cones. Symbolically, each painting embodies notions of loss, what is sacred, what is rebellious, what is suppressed. They explore rituals, talismanic and pagan practices.

Aesthetically, the flatness of the picture plane is perhaps influenced by the stylized Romanesque frescos, which O’Neal sees throughout his travels in Spain – simply rendered, symmetrical designs, and the use of primary colors. But, most importantly, it is the handling of the art marker, graphite, and oil pastels that breathes a delicate sensibility to the paintings; a childlike illustrative mark that cloaks the potent undertones. The artist’s interests in surrealism and magical realism are evident, as they both explore illogical or non-realist aspects of humanity and existence. By withholding information and explanations, the viewer can experience the work. O’Neal’s work is a hybrid of the two and grants the awareness of life’s connectedness or hidden meanings. Luis Leal, writer and critic, articulates this feeling as “to seize the mystery that breathes behind things.” O’Neal beautifully captures this with his intricate flowing veils that camouflage something much more ominous.

On view will be new works drawn from the artist’s continued inspiration of the iconic horse and its power for poetic license and artistic prowess. From childhood, the horse held Moore’s fascination and imagination, which a decade later seeped deeply into her visual arts practice. For the artist, the complexity of the animal is revealed through the formal aspects of painting, drawing, and printmaking. As part of the exhibition Moore will present a series of stone lithographs as well as a mesmerizing video she filmed while on an awe-inspiring visit to the Musée Vivant du Cheval (Living Museum of the Horse) in Chantilly, France.

The horse’s robust autonomy is Moore’s ultimate challenge; she exerts the power of its body in The Sleep of Endymion or Moon Effect, 1791. By placing the horse in a complicated composition, she at once re-contextualizes the Old Master painting by Anne-Louis Girodet’s The Sleep of Endymion. Although archetypal, the horse is more than just a character. While her interest in the great French Romantic and Realist painters such as Gericault, Delacroix, and Courbet continue to inform her conceptual paintings, her starting point is purely academic and formal. She states, “The horse remains at the center as subject of interest in anatomy, behavioral characteristics and functions metaphorically, fantastically wild and representationally in my work.”

Throughout her career, Moore has explored beyond just painting. She’s an illustrator, printmaker, has created installations, videos, and now adds performance to her oeuvre. The artist will perform immersive drawing in an oversized hand bound artist book throughout the course of her exhibition. During which she will contemplate unconscious time and draw from latent childhood memories. “Memories come to mind of spending hours coming up with what to play…when I finally figured it out, it was time for bed and the ‘play’ was never actualized,” Moore explains. “This has become part of my working process – the time spent planning my art and the concentrated transcendent time making it.” Moore will attempt to attain the subliminal ecstasy of time within the confines of actual measured time.

Brenda Moore is a Chicago based artist, and has taught at the Chicago Academy for the Arts since 2003. Moore received a Master of Fine Arts from American University in Washington, D.C., and a Bachelor of Fine Arts from Moore College of Art and Design in Philadelphia, Pennsylvania. She has lectured at Knox College in Galesburg, IL, and the University of Saint Francis in Fort Wayne, IN as part of a solo exhibition in 2014. Moore’s paintings have exhibited in Jane Haslem Gallery, Washington, D.C.; Elizabeth Roberts Gallery, Washington, D.C.; Watkins Gallery, Washington, D.C.; Levy Gallery, Philadelphia, PA; LIPA Gallery, Chicago, IL; Santa Monica, CA; and Fort Wayne, IN. Her work is included in both corporate and private collections across the United States, including Kirkland and Ellis, Wellington Management, and Deloitte and Touche. 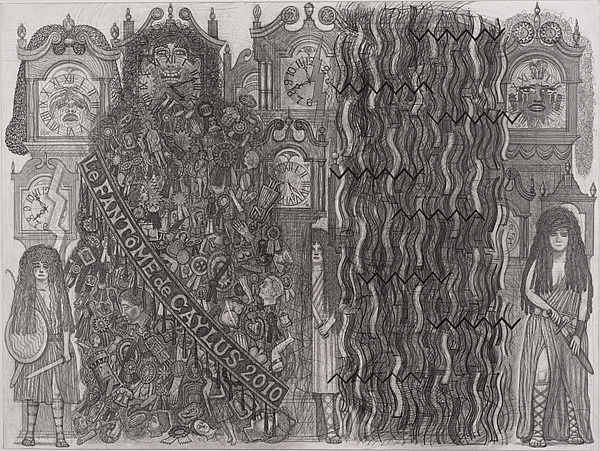