Political Warfare: An Invasion of Space On Immigrant Motherland and Artist in the Pew

On view through Wednesday, November 23rd

Please join us for the closing reception of Political Warfare: An Invasion of Space On Immigrant Motherland is an interdisciplinary installation focusing primarily on race, religion, sex, status, and injustice in America through the eyes of a Black woman, Alexis “Wordplay” Franklin. Through materials found in her home and community, Franklin will use poetry to create installations that exist beyond the spoken word. The community becomes an integral part of the exhibition as they enter and activate the space, building on oral traditions and movement throughout the exhibition.

Born in Washington, D.C. in 1995, Alexis Franklin has always been around both revolutionary and “hood” politics. She has worked to be a part of both creeds because she is both. As a 21-year-old organizer, student, and poet she can neither escape nor outrun the pieces of her that belong to Lil’ Kim’s “Notorious K.I.M.” album and Assata Shakur’s autobiography. With this as her foundation, she hopes Political Warfare: An Invasion of Space On Immigrant Motherland will allow people of different socioeconomic, racial, political, and class backgrounds to be their complete unfiltered self, providing space to be both hood and revolutionary.

The closing reception will also feature Artist in the Pew, a mini-concert featuring Shawnee Des, Cii La’ Cole, KoKo Holiday, Rashad and Sinwinz. Join us for refreshments, giveaways, and a conversation with the artist. 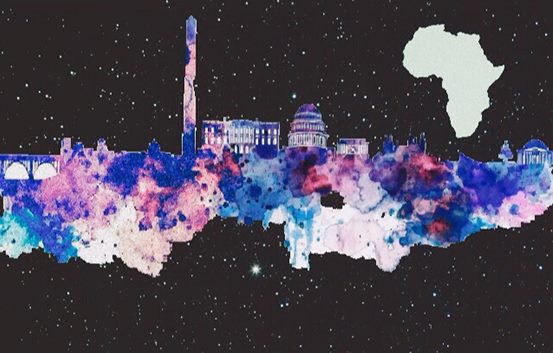