Propeller Fund proudly announces the thireen grant recipients for 2016. Selected from a pool of over one-hundred candidates, these small, self-organized, and radical projects are vital to Propeller’s mission of promoting diversity and small-scale interventions in Chicago’s visual art world. Please join us as we celebrate the grant recipients and the community with food, drink, and music.

The 2016 grant recipients are:

André Pérez, Karari Olvera-Orozco, Jess Oros, Melvin Whitehead: LTH is a screening and workshop series in diverse venues. These events will showcase two web series that are being produced by the TOHP: Been T/Here which features trans people of color in Chicago exploring the themes of art, love, and healing as well as America in Transition which explores social change from the perspective of marginalized communities across the US.

Jerome Acks, Kaylee Wyant, Holly Murkerson, Laura Mackin, Ryan Richey, Daniel Baird: Adds Donna’s Artist-run Exchange Program will facilitate the exchange of curated visual art exhibitions between artist-run spaces around the country. It’s purpose is to promote and extend the audience of emerging artists without gallery representation and to establish a network of artist-run spaces that encourages collaboration and risk-taking.

Gibran Villalobos, Anthony Romero, Wil Ruggiero, Mia Lopez, J. Soto, Josh Rios: As a collaborative group, we are working at establishing the first Latinx Artist/Art Administrator Retreat event in Chicago. As a springboard towards a national scope, we are building upon local Chicago artists and art administrators to build a coalition for Latinx art with the goal of establishing an ongoing yearly event in which we build upon network and resource sharing and bringing visibility to Latinx artists/issues.

Monica Trinidad, Leila Abdelrazaq: 100 Years of Chicago Police Violence is a community-based, artist-led visual project and exhibition, curated by For The People Artists Collective. The exhibition aims to illuminate Chicago’s long history of police violence by guiding our audience through a visual conversation. We will curate photography, paintings, films, audio, and installations that outline a timeline of incidents of police violence from 1917 through present day in Chicago.

Phillip Lambert, Jordan Gillespie, Apollo King, Shanna Collins, Gerardo Romero, Veronika Hayes-Copeland: And Then There Was BLAK (Building Lives with Art & Knowledge), ATTB for short, is a millennial art collective who came together as a direct response and to show solidarity with the #BLACKLIVESMATTER movement. We are millennia who want to use our voices, platforms, and crafts to bring about positive, influential, and creative representation of black and brown bodies while they are alive. At ATTB we believe that through the revolutionary acts of using hip-hop as a self-care regimen, skill sharing, and accessible creative arts education that black and brown people in America will be liberated.

Steve Ciampaglia, Kerry Richardson, Eric Garcia, Michael Figueroa: To bolster the number of active military personnel in the wake of 9/11, the US military initiated a concerted effort to recruit Latinos, particularly young people from low-income and immigrant communities with the use of videogames. To help teens look more critically at these games, the Plug-In Studio will work with Latino artists Erica Garcia and Michael Figueroa, both military veterans, to collaboratively produce a series of counter-recruitment videogames with Latino teenagers that explore the real life consequences of serving in the military, critique the representation of the military in videogames, and criticize the military’s use of videogames to recruit teens.

Leah Gipson, Nicole Harrison, Rae Taylor, Adrian Dunn, Hannibal Buress: The Austin Neighborhood Studio Co-op is co-occuring project to develop “The Rectory” a new artist collaborative studio partnership between St. Martins Episcopal Church and local artists. The collaborative has conceptualized the Austin Neighborhood Studio Co-op to explore the cultural context of the site and community while generating opportunities for an increase of artist production and programming in the area. This project will allow five working artist to use a rectory as their studio for one year and use their practices to engage community members in dialogue and technical skill development in structured classes.

Norman Teague, Stephen Flemister, Krisann Reihbein, Alex Jackson, Will Fitzpatrick: The intent of the Dhouse Studios place-making project is to create a social home for making—where urban meets industry—in an effort to educate through design methods and making that will be exhibited, manufactured, and sold in an effort to further educate students about the design process. The Dhouse studio will be used for making and workshops based around one product at a time, utilizing one designer at a time, and workshops will involve young people from ages 16-30, within a chosen community.

Meg Duguid and Michael S. Thomas: The Visualist currently provides artists and researchers with a chronological tool for sifting uniformly formatted collections of events and exhibitions related to the the visual arts. While this archive is situated within an active community calendar and continues to grow daily, it’s our intention to see this archive create a more diverse narrative than the history that’s been previously presented and reach back even further to the 1989 fire at the Adler & Sullivan designed Brunswick-Balke-Collender plant. Histories like these are too easily lost and too often remain uncaptured but the Visualist aims to reverse that erosion.

Patricia Nguyen, John Lee, Hac Tran, Giau Truong: Sống” is a cookbook and archival project of the Vietnamese American community in Chicago. Sống translated means to live, liveliness, and raw. “Sống” is an interactive guide to the Vietnamese community in Chicago and will be used to frame a series of curated food events that capture stories of migration and building home after war while centering Vietnamese American culture.

Kamilah Rashied, Gloria Talamantes-Data, Zakkiyyah Najeebah, Felicia Valentine Mings, Dionne Milton, Sheridan Tucker, Shelby Stone, Sydney Stoudmire: My Familiar is derived from the title of Alice Walkers 1989 novel, The Temple of My Familiar. This story interweaves multiple narratives dealing with issues of patriarchy, womanhood, history, relation and relationship. The goal of this collective is to galvanize, support and perpetuate the creative enterprises of and social networks surrounding women of color who contribute to the cultural capital of Chicago. Projects include #BringHer: a social hour and storytelling event, and The (Original) Nappy Hour; a networking and workshopping event for queer, trans and cis identified women who are creatives of color.

Josue Pellot, Jesse Mumm: The People’s Museum will illustrate the anthropological dynamic involved in the Humboldt Park community’s various collections. Including ﬁgurines, dinnerware, model cars, shoes, jewelry, etc., the exhibit is focused on bringing these private collections and putting them on display for the rest of the community to see. The People’s Museum exhibition will put their work into the public eye, and demonstrate that art and collecting is not merely for professionals and the highbrow, but also a result of a lifetime of discovery

Angela Fegan, Brett Swinney: The Lavender Menace Occupation (LMO) was developed from the lavender menace poster project: a series of posters and other text based artworks that utilize letterpress printing, hand papermaking, and laser cut text, to address queer visibility politics, while creating art objects that are easily distributed through an invisible network of participants. The goal is to make works that speak to a marginalized population while also enlisting them to engage with and distribute the work outside of the white cube gallery space. We will coordinate a series of public interventions through installations in public bathrooms and distributing public surveys as a means to create content for publication and empower further communal action and participation.

Propeller fund would like to thank this year’s distinguished jury: Cesareo Moreno, Director of Visual Arts at the National Museum of Mexican Art (Chicago, IL); Maria Gaspar, Interdisciplinary artist and organizer of 96 Acres (Chicago, IL); Fo Wilson, Artist, Artist, Educator, and Writer (Chicago, IL); Rachel Cook, Curator of Diverseworks in Houston (Chicago, IL); and James McAnally, Founder and co-director of The Luminary (St. Louis, MO). And much appreciation to the Andy Warhol Foundation for the Visual Arts, funder of Propeller Fund through its Regional Regranting Program. 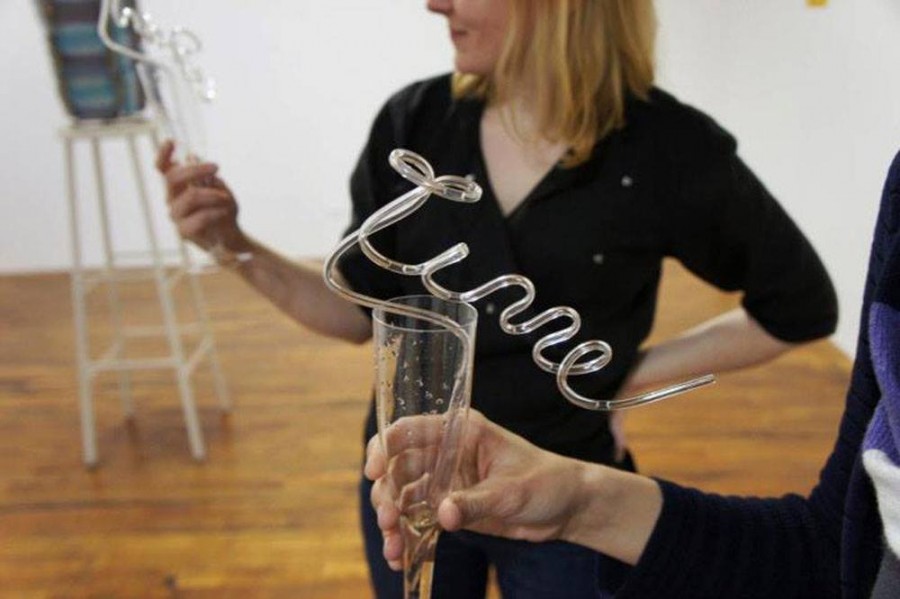