Painter Loralyn Kumlin’s series of brightly-colored, expressive portraits in her show “Twenty Sixteen” originally started as a project to depict everyday American people doing their everyday thing, as defined by their jobs.

“The name Philandro Castile echoed in my head. He was on the way home from the grocery store with his girlfriend and her four-year old in the back seat, pulled over by the cops for no apparent reason… he did everything right, yet still ended up dead.” Kumlin said. “I would hope that somehow his family would hear about this painting and know that he’ll not be forgotten.”

“This is of course not all-inclusive,” she said. “I could keep painting forever.”

Loralyn Kumlin is an oil painter who was born in Chicago and grew up in various
parts of the United States including Billings, Montana and Austin, Texas.

After earning her Bachelor of Architecture from the University of Texas in 1992, Kumlin
returned to her birth city to pursue art and architecture. Her paintings are
rich in color, figurative and expressive.

Currently living in Evanston, she spends her time painting, teaching children to draw, and raising her own children. 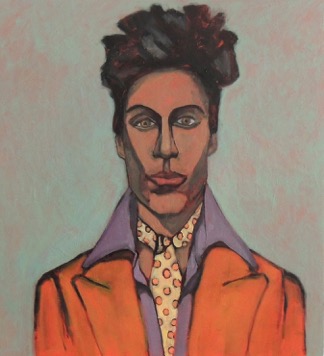