Please join us for the opening reception of the Riverside Arts Center’s two new exhibitions: “Judith Brotman and Fraser Taylor: Missed (and Other) Connections” and Luis Sahagun’s “An Old God Renewed” installation in the RAC Sculpture Garden.

“Missed (and other) Connections” is a two-person exhibition featuring work by Judith Brotman and Fraser Taylor, both of whom reference form and the human body through the immediacy of mark – be it drawn, stitched, collaged, or sculpted. Having shared an artistic dialogue for many years as both friends and colleagues, both artists delve into the complex territory of relationships and connections between people. Navigating the often contradictory notions of identity, self-perception, longing and desire, Brotman and Taylor convey urgency and vulnerability, embodied through formal material choices and a sense of touch.

For this exhibition, Judith Brotman’s work is inspired and informed by Oscar Wilde’s The Picture of Dorian Gray. Many of her mixed-media sculpture pieces incorporate stitched and altered pages with fragments of the text. Like much of Brotman’s work, these pieces are ruminations on spaces of transformation and odd love stories. More specific to Wilde’s text is the focus on the complexity of human motivations that are frequently at odds with long standing self-perceptions.

Fraser Taylor’s work in this exhibition is motivated by his fascination with Masaccio’s Expulsion of Adam and Eve from Eden, 1424-27. This fresco inspired an extensive series of drawings, started in 2013. The work focuses on the emotional as well as physical aspects of the figures of Adam and Eve, the pictorial space they inhabit, and reflects on underlying conflicts between individuality and conformity. The drawings are made from observation, memory and association and are dependent on process, which encompass the unexpected and the unpredictable, intending to trap the urgency of gesture. The exhibition includes drawings, printed cloths, and sculptures, all a direct outcome of an aesthetic concern for the figure, nature, abstraction, and materiality.

“An Old God Renewed” by Luis Sahagun is the newest temporary installation in the RAC’s Sculpture Garden, and will remain on view through Winter 2017. Sahagun creates paintings, sculptures and objects that serve as icons of an invented personal mythology. He is interested in the overlap of memory, imagination, and his own ancestral legacy and art, and describes himself as as “a quixotic artist who channels the working ethics of a construction worker on a romantic quest to use art to empower working class sensibilities.”

Sahagun’s practice is deeply informed by his experience as a laborer, construction worker and product designer. Instead of the painter’s traditional brush, palette knife and canvas, Sahagun employs saws, knives, and engineered wood particle board as his primary tools and media. These modes of production have led Sahagun to develop an idiosyncratic personal vernacular that remains proudly embedded within the everyday realities of his blue-collar upbringing. He describes his outdoor sculpture An Old God Renewed as “an anthropomorphic panther that serves as a portal for human souls to exit our realm and enter the mythology that I have constructed.” Within the Panther’s eye is a depiction of the moon, which provides the symbolic source of energy for the portal’s ability to function.

Importantly for Sahagun, the moon also represents a world where “the fallen…friends and family members that have been murdered due to the violence found within my own Chicago Southland community” now reside. The sculpture is Sahagun’s offering to this familiar yet strange, distant yet ever-present “old god,” the moon. Through symbol, metaphor, and mythic storytelling, Sahagun’s works construct a viscerally powerful alternative vision of Chicago community history, through which we may ponder the minute alongside the infinite, the mundane in concert with the divine. 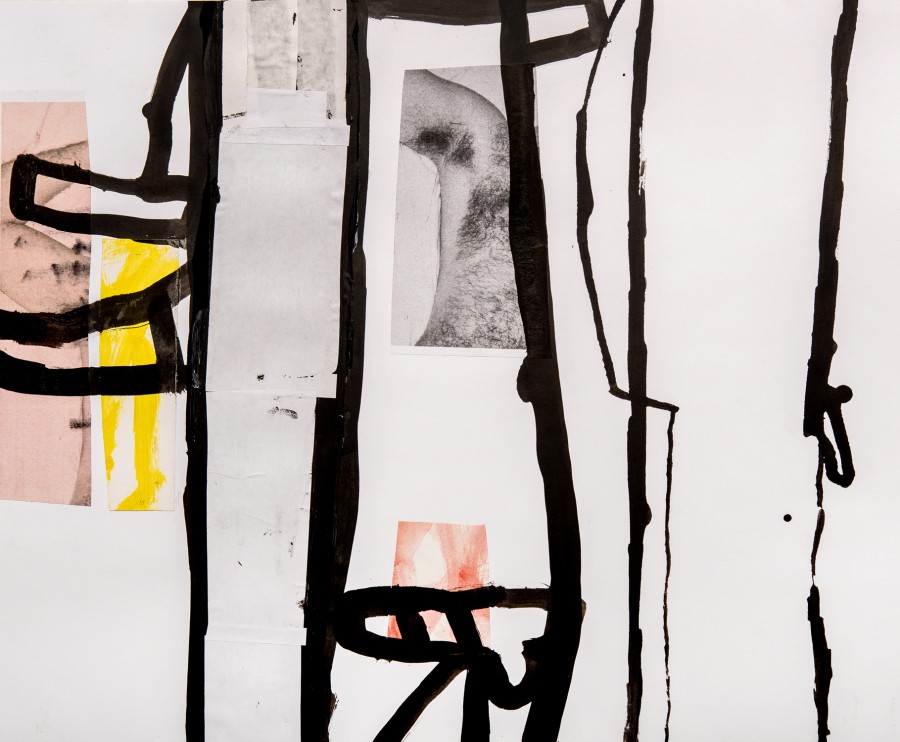