New York-based artist Josh Kline creates artworks and exhibitions that consider the ways in which our humanity has been transformed, commodified, and instrumentalized within neoliberal society. Examining the regimes of control to which the human body is increasingly subjected—ranging from governmental and corporate surveillance to the relentless pursuit of youth—Kline addresses the erosion of boundaries between labor and leisure and the incursion of consumer culture into the most literally intimate aspects of life: blood, DNA, and neurochemistry. In 2015 and 2016 Kline presented his installation Freedom as part of the New Museum’s 2015 Triennial and as a solo exhibition at Modern Art Oxford, UK and the Portland Art Museum. Freedom is the first chapter in a cycle of speculative works about the politics and economics of the future.

In the last year his work has been included in exhibitions at the Hirshhorn Museum, Washington DC; Moderna Museet, Stockholm; the Berlin Biennale at Kunstwerke; and the first exhibition at the new Whitney Museum, America Is Hard to See. His art has been exhibited internationally, including in exhibitions at MoMA PS1, White Columns and on the High Line in New York; Kunsthalle Fridericianum, Kassel, Germany; Schirn Kunsthalle, Frankfurt, Germany; Yerba Buena Center for the Arts, San Francisco; ICA Philadelphia; Albright-Knox Art Gallery, Buffalo, New York; and Castillo/Corrales, Paris, among others. His work has been written about in publications including the New York Times, Guardian, Washington Post, Wall Street Journal, Frieze, Mousse, and New Yorker, among many others. 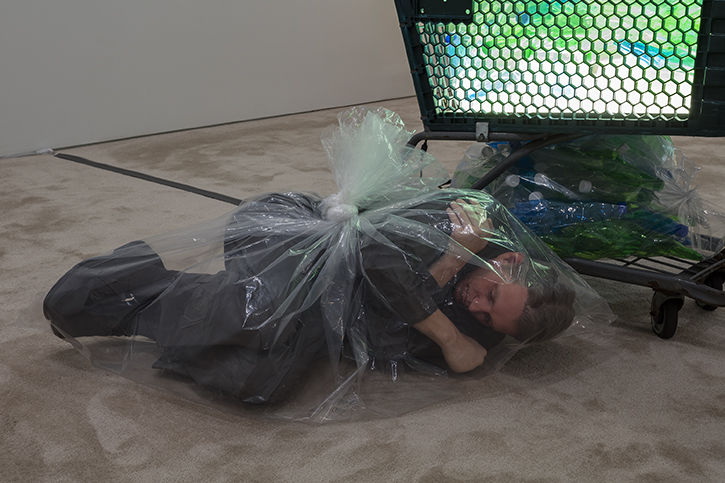