ANDREW RAFACZ is pleased to announce Commodus Operandi, an exhibition of painting and sculpture in Gallery Two.
Chicago, IL, October 29, 2016– ANDREW RAFACZ continues 2016 with Commodus Operandi, a group exhibition of new painting and sculpture by Keith Boadwee & Club Paint, Nicholas Buffon, Al Freeman, Lukas Geronimas, Dylan Cale Jones, Soshiro Matsubara, Ebecho Muslimova, and Alexandra Noel, selected by Ryan Kortman. The exhibition continues through Wednesday, December 22, 2016.
Presenting work that mines the potential of the most quotidian and mundane human activities and corresponding spaces, Commodus Operandi considers the bathroom as a surface, object, and stage in a variety of distinct ways. While the bathroom is conventionally regarded as a place of function and necessity, it can also be understood as a place for contemplation, silence, and the exploration of naked existence. This exhibition presents the bathroom as a context for various philosophical and ontological possibilities, generating a range of climates and costumes, such as steam and towel. Working as both actors and observers, these artists utilize the bathroom as a locus for creating a surprising collection of narratives and performances. At times humorous, trenchant, lighthearted, and absurd, Commodus Operandi examines the routine and scrutinizes the private human moment. 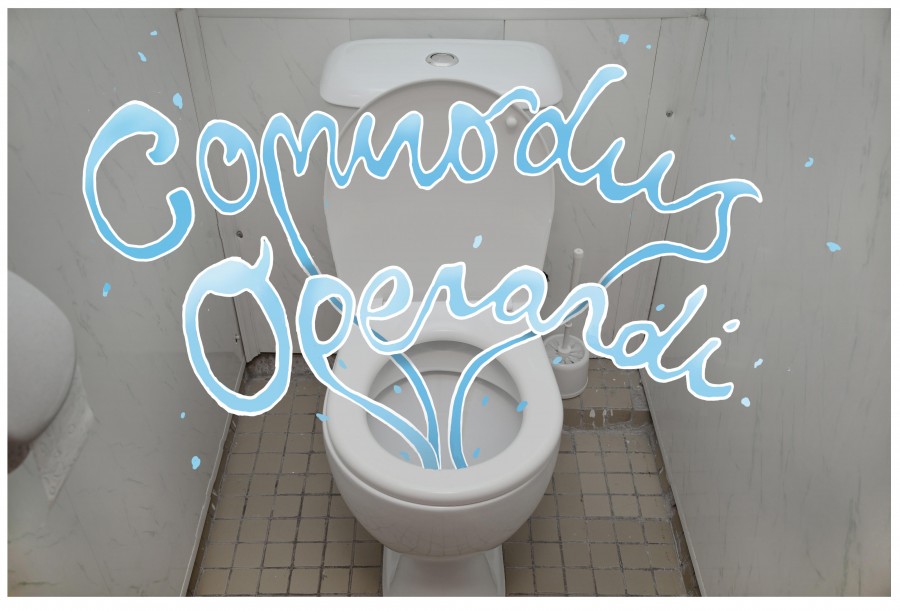