Christopher Marcinkoski: Speculative Urbanization and The City That Never Was

This lecture will explore the phenomenon of speculative urbanization, and the implications of its recent proliferation on the urban design disciplines. The lecture will draw from Christopher Marcinkoski’s recently published book, The City That Never Was (Princeton Architectural Press, 2016), as well as his current research Africa 2040: An Atlas of Speculative Urbanization. The recently published book positions speculative building within a longer arc, arguing that it is a recurrent phenomenon seen throughout history, yet one rarely acknowledged or engaged by urban design, architectural or planning theory. The book explores the radical urbanization activities seen in Spain between 1998 and 2008 as the basis for exploring the motivations of the phenomenon, as well as the complicity of the urban design professions in producing the severe consequences—environmental, social, political—that often accompany these activities. Mr. Marcinkoski’s current research follows on this trajectory by exploring the boom in speculative urbanization activities across the African continent over the last decade. Despite the urgent demand for urbanistic upgrades throughout much of the continent, the myriad proposals for new towns and vanity infrastructures that characterize the urbanization activities currently being pursued in this context are rarely oriented toward those populations actually in need. Rather, exogenous models of “proven” urban growth strategies are being imported into wholly incongruous contexts with little regard for the realities of their destination. Mr. Marcinkoski’s lecture will offer a critical look at what happens when urbanization activities become wildly out of sync with economic and demographic realities.

Copies of the latest issues of MAS Context will be available for purchase.

This talk is organized in collaboration with the Society of Architectural Historians.

MAS Context is supported by a grant by the Graham Foundation for Advanced Studies in the Fine Arts and by private donations.

Tags: Chicago, Christopher Marcinkoski, MAS Context, Near Noeth Side, Society of Architectural Historians, Speculative Urbanization and The City That Never Was 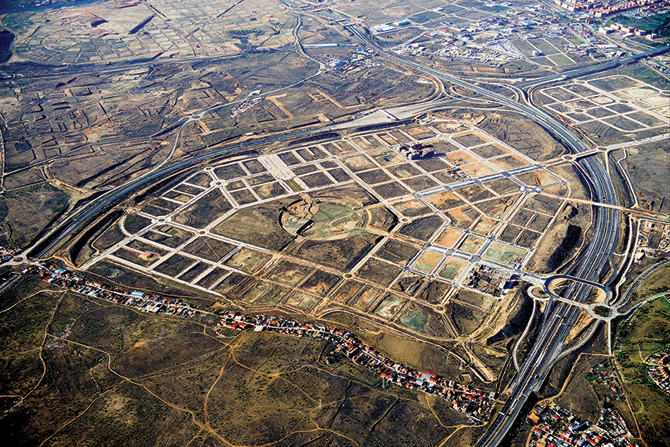