On view through Saturday, December 3rd

In the East Wing, CvsD presents an exhibition of a new work by Cauleen Smith. For this, Smith’s second show at the gallery, we will bring indoors a banner that was made for use in a performance in reaction to another artist’s treatment of the death of Michael Brown. The full banner was part of a renegade procession in August of 2015, and another procession one year later. The text derives from a Gwendolyn Brooks poem: “Conduct your blooming/in the noise and the whip/of the whirlwind.” In this show, the gallery’s front space will be draped with the first line of Brooks’ resplendent work. Smith was awarded this year’s Alpert Award in visual art and was the first recipient of the Ellsworth Kelly Award from the Foundation for Contemporary Art, given to her for an upcoming exhibition at the ICA Philadelphia. A publication titled Human_3.0 Reading List will accompany this show, foreshadowing an exhibition of 57 works on paper opening this Spring at the Art Institute of Chicago. 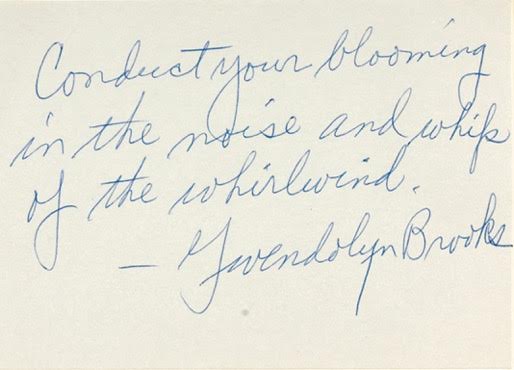