On view through Monday, October 31st

This exhibition pairs the work of Chicago-based artist Ryan Scheidt and his father Steven Scheidt.

Throughout his career, Ryan Scheidt’s focus on painting took him through a variety of processes of cultivating randomness. From a measured graphing of randomly drawn lines and forms, to relying on the interaction of paint and ground itself to determine the work. His various methods of artmaking would not have been possible without the initial inspiration and support of a father already steeped in a knowledge and practice of painting.

In the late 60’s, Steven Scheidt, a graduate of Wabash College, studied abstract expressionism, and its influence on his work is evident. His inspiration came from artists like Willem Dekooning, Jackson Pollack, Mark Rothko, and Georgia O’Keefe. He continued to paint for years after college, but has never shown the works that are now on display.

Steven passed away on July 9th of this year. In their last conversation, the two discussed planning a joint exhibition of their work. Realized here with a number of selected works by both artists are prime examples of their commitment to painting and their influence on one another. 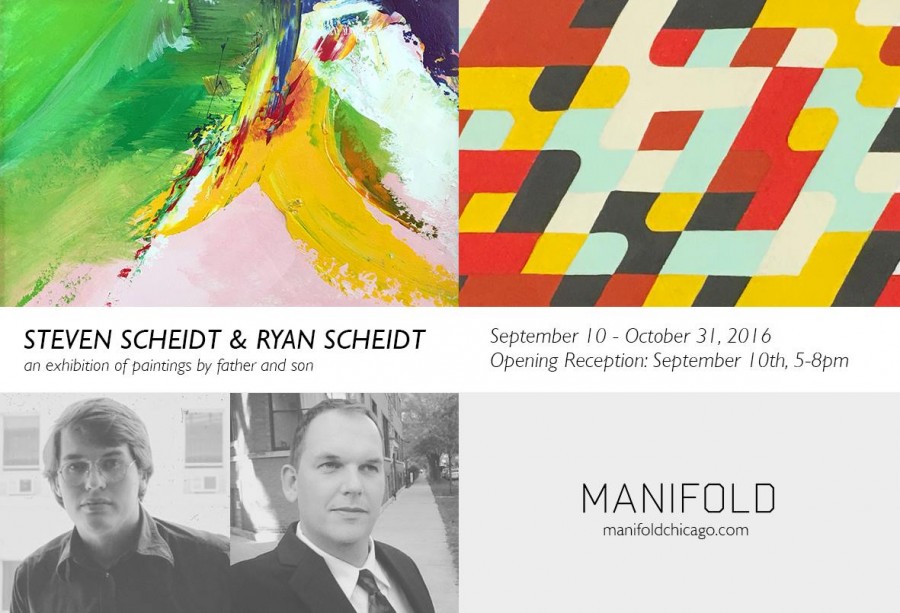