Roger Brown (1941–1997, b. Hamilton, Alabama) is renowned for using a pop aesthetic to investigate a range of socio-political issues. Having completed, in addition to his studies at the School of the Art Institute of Chicago, a commercial design program at the American Academy of Art, Brown was aware of advertising’s vocabulary of images and modes of representation—a visual language he deftly inverted and subtly eroded. Influenced by comics, theatre interiors and architecture, Surrealism, Art Deco, machine-age design, and folk art, Brown cultivated a pop aesthetic which employed what John Yau has described as a “lexicon of motifs”—a repertoire he developed in a manner “as surefooted and daring as that of Willem de Kooning or Jasper Johns”*

While Brown has previously been primarily viewed through a regional lens—in relationship to Chicago, his Southern roots or California—this conversation, between artist Kathryn Andrews, scholar Lisa Wainwright, writer John Yau and curator/writer Dan Nadel, aims to draw a connection between Brown and the broader world: politics, popular culture, religion, and his contemporaries in the Pop Art movement.

This project is supported by the Roger Brown Study Collection of the School of the Art Institute of Chicago.

This is the first discussion in a fall symposium about Roger Brown, happening in concert with Kavi Gupta’s exhibition “Roger Brown & Andy Warhol.” The other discussion in this series are as follows: 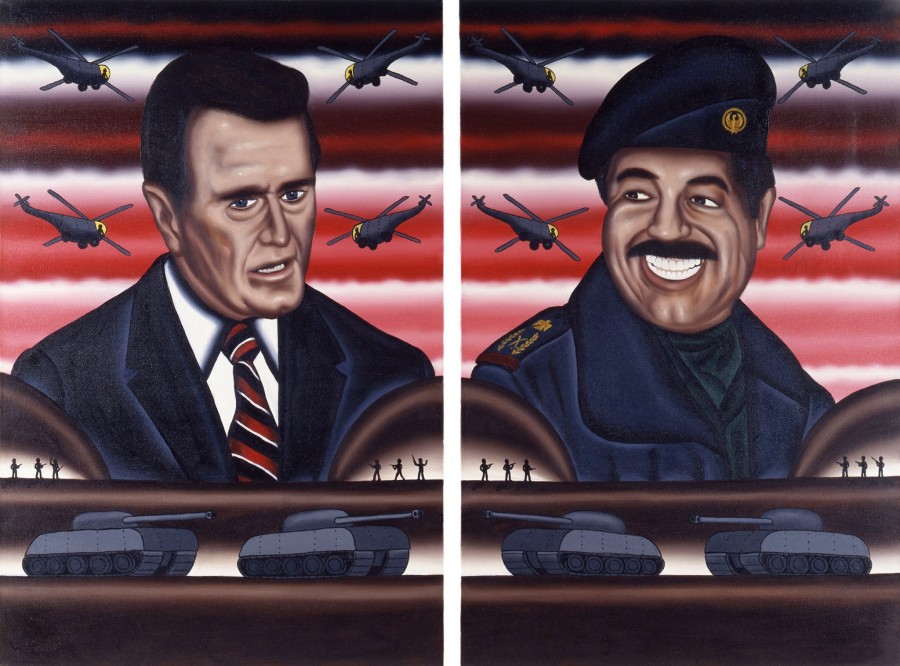