Landscape with puddles you could call it; bed of venus flytraps gaping; necklace of tongues in a topiary. It can take a minute for the eyes to adjust on account of the bodies becoming furniture, room becoming a jungle, the petrified garden of archways vaulting, cactus having sex with a cathedral. It can be difficult to sort out the singular from the plural, the direction in which anything is being penetrated, the flesh that eats from the flesh that is eaten.

In Taoism they say there was a time when there had begun to be things but there had not yet begun to be borders. Now, they say, the way is flawed because of “That’s it, that’s not”. But the process of merging-in according to which a hybrid is created is not conservative of syntax; the hybrid makes “that’s it, that’s not” an impossibility, an infeasible approach. So in the hanging gardens I got lost, so lost I swear I couldn’t see my own skin, but I did not stop then; I went on. I thought, Earth: isn’t this what you have been wanting?

Oren Pinhassi was born in Hadera, Israel in 1985. He is a recent graduate of the Yale University School of Art sculpture program and the Skowhegan School of Painting and Sculpture. His work has been shown in Tel-Aviv, New York, Los Angeles and Chicago.

His large-scale installations borrow from the language and logic of architecture, playing with and confusing ideas of interiority and time; the pavilion-like structures make the viewer complicit in the histories and politics of materials by trafficking him or her through and around them. He is interested in using materials and structure to create a layered experience in which associations arise for the viewer and then quickly unravel: Is this a bathhouse, a bunker, a temple, a house? By making objects that sprawl across geographical and historical specificity, he encourages an investigative relation to materials and the world.

At Yale he won the Fannie B. Pardee prize, and at Hamidrasha Art College, where he earned his B.Ed.F.A., he won the Shlomo Witkin prize for excellence in the art field. He is a visiting assistant professor of Art at Wesleyan University, Middletown, CT. He lives and works in New York City. 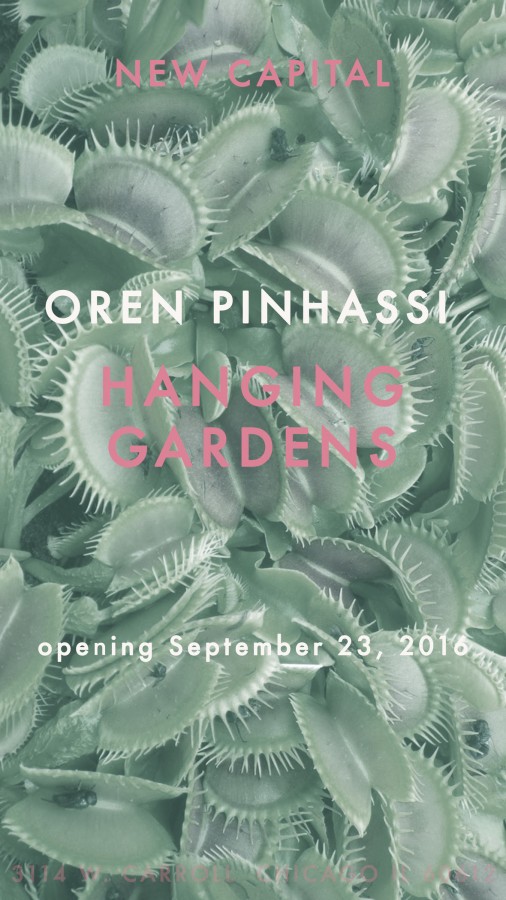