Stuart & Co. Gallery is proud to present Spun, a group exhibition imagined by Kevin Maginnis that looks to amplify the gallery’s presence as object and witness by recreating the surface of the gallery out of non-architectural materials, then flipping this “fake” gallery space by 180 degrees and rotating it by 30 degrees. Here the ephemeral is made solid, and the culminating result is to experience the notion of what an exhibition is as a whole, fresh and anew.

These notions are further magnified when tied to the variety of artwork from different genres, including platformists, appropriationists, painting traditionalists and sound artists. By determining specific variables, Maginnis has managed to create a physical construction in which artwork steps into the foreground, and the viewer is left to question how the presence of the gallery has changed, and how this spun space interacts with the presence of artwork displayed.

This exhibition features a wide range of artists and their works are given the same parameters as the walls themselves. This includes Milwaukee artists Nicholas Frank, whose work Greatest Skips (Inverted), a vinyl record played on a turntable, is installed upside down so the arm hangs limp and thus it is impossible for the needle to touch the record; Los Angeles sound artist Banrei, whose work as lyrical getting lyrical deconstructs individual words to sub-consonants and sub-vowels and rearranges them in the form of classic Chinese poetry; and Chicago artist Tony Tasset, whose work Domestic Abstraction, when viewed upside down, requires a second and possibly even a third glance. The full list of featured artists can be found below.

Maintaining a contemporary vision, Stuart & Co. Gallery strives to represent emerging and mid-career artists at the forefront of expression.

Since its inception in 2012, Stuart & Co. Gallery has been home to innovative, pioneering exhibitions across a multitude of media and genres. The gallery embraces multidisciplinary, interdisciplinary and cross-genre art forms in addition to traditional practices. 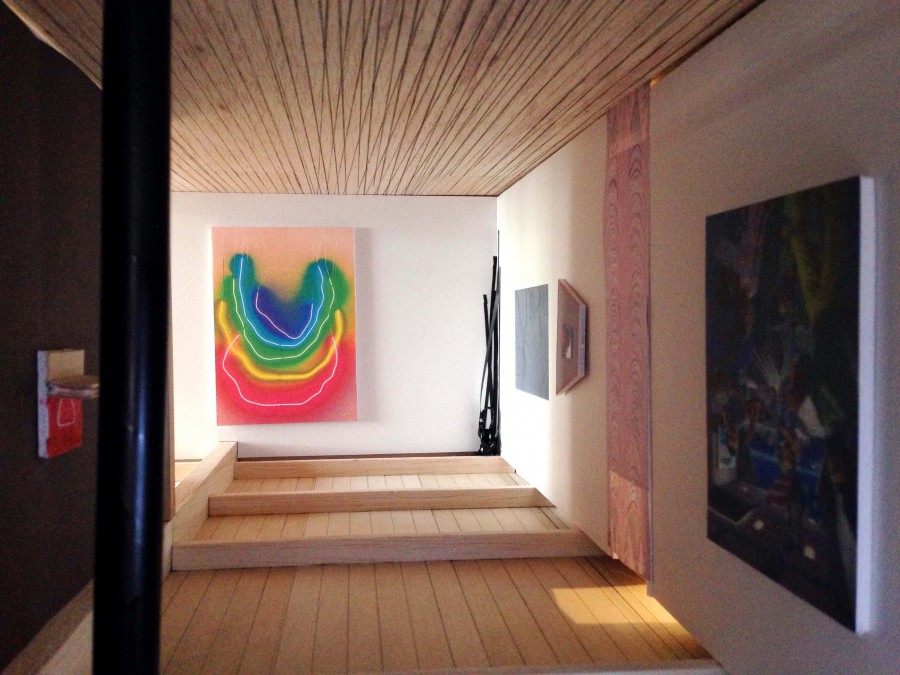