On view through Saturday, November 19th

Beginning with a geometric pattern, Wilkes divides an initial compositional sketch into sections resulting in a shape that becomes the basis for a painting and/or gouache. On top of this shape Wilkes places another pattern, adds color, and isolates new shapes into symmetrical arrangements, each decision being influenced from the previous choice of form and color. Paint is applied without the use of masking tape creating soft, hard-edges that contain slight irregularities and subtle shifts in pattern. Considering them “accidental mandalas”, Wilkes’ process continues until she defines the last shape and color, resulting in an organic, spontaneous, kaleidoscopic image.

Pareidolia, the tendency to perceive a specific, often meaningful, image in a random or ambiguous visual pattern, aptly applies to the six paintings and seven gouaches on view. Each work, titled by the year of their creation and chronology of completion, approximate a Rorschach ink blot which encourages the viewer to seek recognizable form in the image, playing on the mind’s proclivity to conjure recognizable images where none actually exist.

An Athens, Georgia native, Leslie Wilkes received a BA from the University of Texas at Austin and MFA from the School of the Art Institute of Chicago. She attended the Skowhegan School of Painting and Sculpture and was the recipient of the Milton and Sally Avery Fellowship Award at the McDowell Colony. She has had solo exhibitions in Austin, Dallas, Chicago, Los Angeles, New Orleans, New York, San Francisco and Milan. Her work was published in Texas Abstract – Modern and Contemporary (2015) and her work appears on the book jacket for James Elkins, The Object Stares Back (1997). Reviews of her work have appeared in the Los Angeles Times, Chicago Tribune, Denver Times, Dallas Morning News, Southwest Spirit Magazine, Big Bend Sentinel and New Art Examiner. 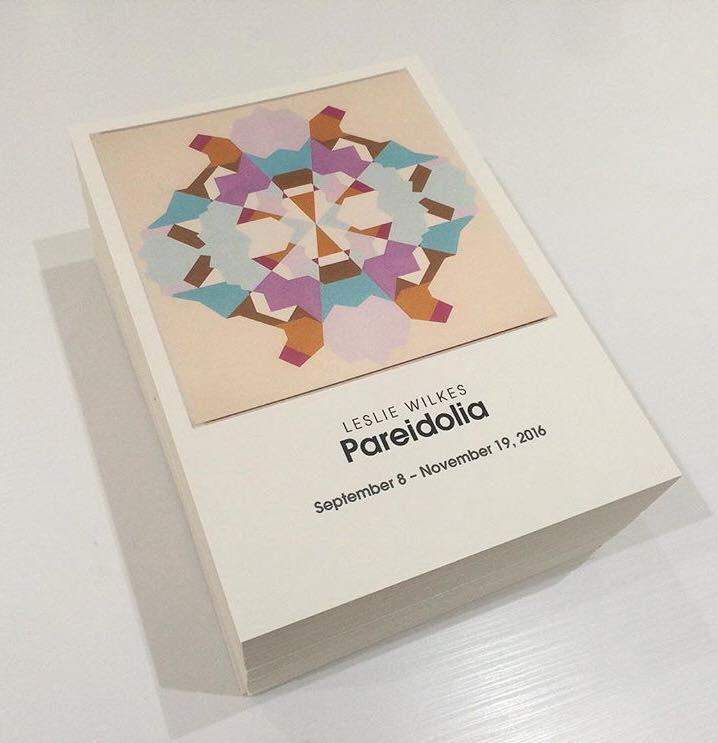