On view through Saturday, October 22nd

On Friday, 30 September 2016, from 7 to 10 p.m., FIRECAT PROJECTS will open the exhibition ESSENTIAL PICTURES…, an installation of evocative and politically charged abstract paintings and works on paper by artist Joseph Winterhalter.

Winterhalter (Cincinnati, OH) is known for his large-scale paintings with meticulously worked surfaces that appear to have been scraped raw or peeled repeatedly to reveal previous layers of information or suggest a prior history. Rooted in a mixture of radical intellectual theory, geometric precision and with a keen sense of materials, Winterhalter’s visually compelling paintings investigate the abstracted linkages and subsequent degradations of past and present historical narratives, suggesting new information that is still evolving and in the process of revealing itself.

ESSENTIAL PICTURES… features a selection of recent paintings and works on paper which activates an (imagined) encounter and conversation between Guy Debord and Joe Strummer in a Parisian café during the spring of 1982. These works obliquely reference the respective cinematic experiences of both Strummer and Debord, explore parallels between their brief moment in time and our current political landscape, and act as components in an ongoing visual resource library for an in progress film project.
A suite of five hand pulled lithographs from Winterhalter’s The Revolution Says… exhibition (Clay Street Press, Cincinnati) contribute to the conceptual apparatus of ESSENTIAL PICTURES…, and will also be on view.

Joseph Winterhalter received his BFA in Painting from Ohio University in Athens OH, in 1991. After living and working for two years in Chicago, he attended the graduate program in painting and drawing at Louisiana State University, Baton Rouge, LA. His work has been featured nationally in exhibition venues including the Lois and Richard Rosenthal Contemporary Art Center, Cincinnati, OH; the Cincinnati Art Museum; the Baltimore Museum of Art; the BBAC, Birmingham, MI; and the Weston Art Gallery at the Aronoff Center for the Arts, Cincinnati, among many others.
His work is in several international private collections.

This is Winterhalter’s first solo exhibition with Firecat Projects. 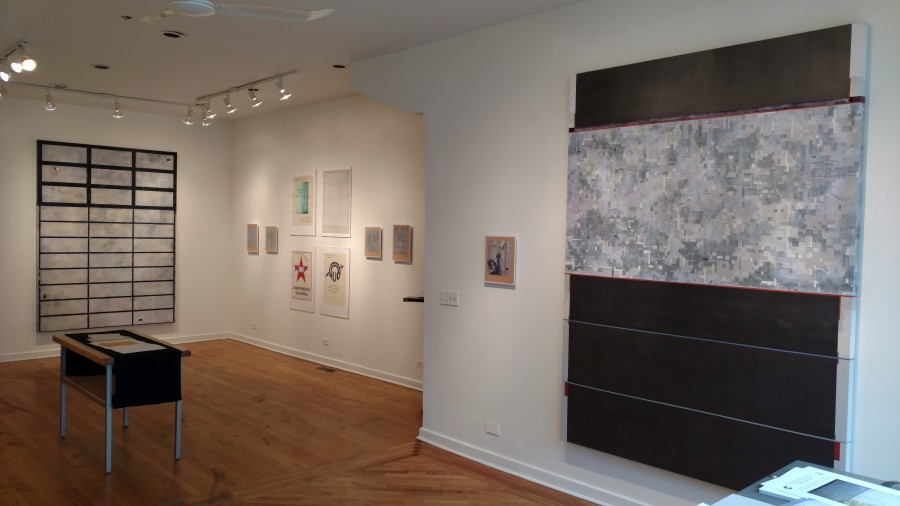