Warren Fischer (SAIC 1991–93) and Casey Spooner (SAIC 1989–93) first met at the School of the Art Institute of Chicago and in 1998 founded Fischerspooner, an ongoing sound and performance project about the relationship between art and entertainment. Its first incarnation was a strange, two-person performance at the Astor Place Starbucks in New York City but soon swelled to include an army of notable collaborators. Fischerspooner uses the languages of popular entertainment as its media—music, performance, dance, fashion, film, design, publicity, and photography are all elements that Fischerspooner employs to fabricate its illusion of glamor and excitement—a 21st-century Gesamtkunstwerk. Their full-length music albums include #1 (2001), Odyssey (2005), and Entertainment (2009), which are a kaleidoscope of rich emotional fantasia mixed alongside an expansive punk sound, joined with conceptual lyrics. With the help of an ever-expanding network of collaborators, Fischerspooner often teams up with dancers, singers, designers, and artists to exhibit their large-scale, arena-style pop spectacles. They have staged these performances in a myriad of venues ranging from world-renowned museums and galleries as well as nightclubs, festivals, and parades. The duo most recently released a retrospective monograph entitled Fischerspooner: New Truth (2014), which provides an unprecedented insight into the first five years of their evolution. Fischerspooner ultimately insinuates that artifice, perception, and surface can be recombined to design a new conception of reality—a “new truth.”

Presented in partnership with SAIC’s Office of Alumni Relations 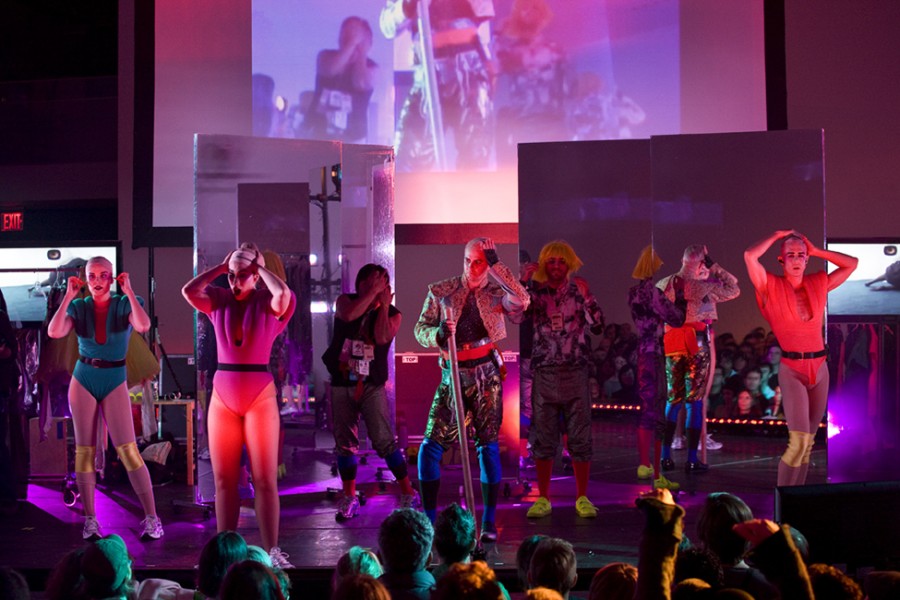