Lo Schermo dell’Arte Film Festival is an international project dedicated to explore, analyze and promote the complex relations between contemporary art and cinema through films, videos, installations, workshop and training projects and residencies for international artists. The festival will debut the world-premiere screening of Luca Trevisani’s Sudan alongside a special screening of Alfredo Jaar’s The Ashes of Pasolini followed by a Q & A with Luca Trevisani and Director Silvia Lucchesi. Presented in partnership with the Italian Cultural Institute.

Screening of Alfredo Jaar’s The Ashes of Pasolini

Artist Alfredo Jaar tells the story of Pasolini’s life and of his tragic death in a documentary film constructed with excerpts shot by Jaar and others shot by Pasolini. In an ideal connection to some historical extraordinary voices, Jaar’s homage to Pasolini follows the poem Le ceneri di Gramsci which Pasolini created in 1954 as an homage to Antonio Gramsci, the Italian intellectual who died in 1937 after ten years in the fascists jails.

The artist’s first feature length film will be shown as part of the 2016 edition of Lo Schermo dell’Arte in November, and will launch as a world premiere in Chicago in September to align with EXPO CHICAGO. The film traces a narrative of an albino rhinoceros in Sudan. Trevisani lives between Italy and Berlin.

The screening and premiere will be followed by a discussion and Q & A with Director of Lo Schermo dell’Arte Silvia Lucchesi.

More information and tickets can be found here: http://www.siskelfilmcenter.org/ashesofpasolini 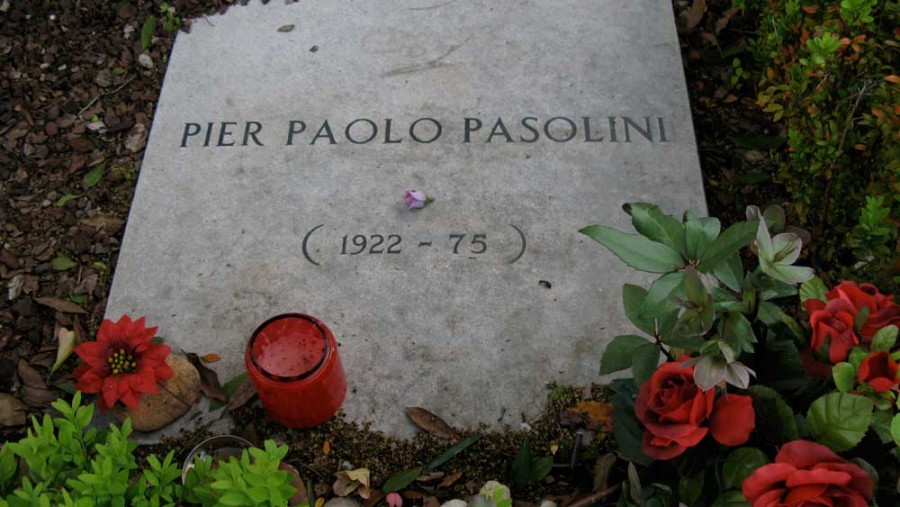