On view through Sunday, October 9th

opening September 18th, 6pmjeux d’été is pleased to present The Coat, a collaborative film by artists Corin Sworn (UK) and Tony Romano (CA). At almost an hour, the slow and strange film follows a pair of traveling performers, a somewhat confused Canadian, and a father and daughter in search of an Albanian swim coach. With a nod towards Aristophanes’ play The Birds, the film follows the paths of these five travelers as they circle and weave through an ethereal and whimsical Italian countryside, all under the cruel, existential eye of an aloof chorus of birds.58 min, video projection
directed by Tony Romano & Corin Sworn
written by Tony Romano, Corin Sworn and the cast,Corin Sworn was born in London, England, and raised in Toronto. She studied psychology and integrated media before earning her master’s at the Glasgow School of Art. Sworn has exhibited internationally, including at the Whitechapel Gallery, Tate Britain, the National Gallery of Canada, and the 2013 Venice Biennale. Her film work has appeared at Rotterdam and the Centre Pompidou.Tony Romano was born in Toronto and earned his B.F.A. from the Emily Carr Institute of Art and Design. His film installations have been exhibited internationally, with solo and group shows at MoMA, Night Gallery in Los Angeles, Articule in Montreal, Kulturhuset in Stockholm, and MOCCA and The Power Plant in Toronto. 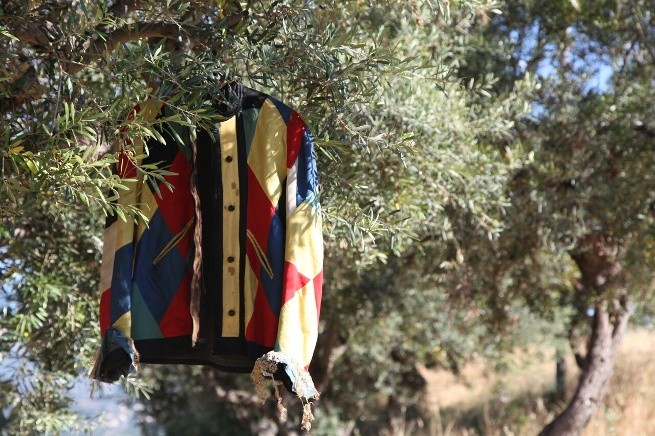