On view through Sunday, October 23rd

Boyfriends is proud to announce Civil Liberties, a solo exhibition with Sheida Soleimani. In her newest works, Soleimani uses appropriated images of female victims of the Islamic Republic of Iran to create photographic sculptures that also appear in photographic tableaus.

Women living in Iran have been executed for “crimes” such as defending themselves from rape. While the country’s government uses the death penalty as a silencing tactic, Soleimani is bringing attention to the women who were supposed to disappear. The only trace left of many of these women are the images that recorded their imprisonment, trials, and execution. Sized for the web, these photographs are forgotten and lost in an image saturated economy, and often overlooked by the West, whose interests in the Middle East are rarely in humanitarian issues.

In her exhibition ‘Civil Liberties’, Soleimani displays the soft sculptural forms of the women alongside photographs, as a reference to Bandura’s ‘Bobo Doll’ experiment. The Bobo Doll experiment, a series of tests conducted by Albert Bandura in 1961, studied children’s behavior after watching an adult model act aggressively towards a Bobo doll. The most notable experiment measured the children’s behavior after seeing the model get rewarded, get punished, or experience no consequence for beating up the doll.

By carrying out public executions, the Iranian Government endorses aggression against women throughout Iranian society. Through incorporating the photographic sculptures alongside the tableau images, this body of work pays homage to the women who have perished in the name of Iranian Sharia law.

Sheida Soleimani (b.1990 Indianapolis, IN) is an Iranian-American artist. She received her MFA from Cranbrook Academy of Art in 2015. She currently resides in Providence, RI where she teaches at Rhode Island School of Design. 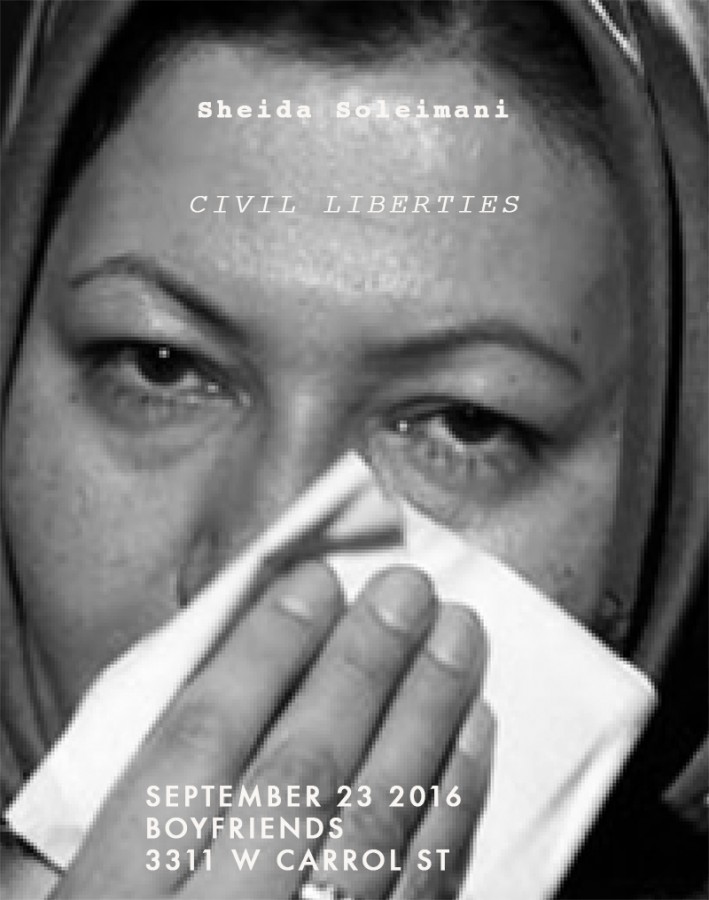