PLHK is pleased to present Boris Ostrerov’s first solo exhibition at the gallery. The exhibition will open on September 17 with a reception from 5pm to 8pm and will continue through November 5, 2016.

The space is large. At the top of a wall, windows. The sky is calm and blue. Only one thick cloud leaves the blue. Very slowly, it moves beyond the windows, the blueness.

There are no books. There are no words printed on a newspaper. There is no vocabulary in a dictionary. Everything is perfectly in order.

In the middle of the space is a low table, beneath which is another, lower table. The two tables are covered with empty tubes of paint, bent, often cut in the middle, often cut and spread open, scraped clean with knife blades.

The open tubes and those still intact are not mixed in with the disemboweled, emptied ones. They are round, full, very healthy, very firm, like fruits that have not quite ripened.

In the midst of that conglomeration of objects, there is a man. He is alone. He is wearing a white shirt and blue jeans. He is speaking. He points to several cubic feet of paintings, lined up against another wall. He says they are the ones that have been painted, the ones for the exhibition.

There are many of them. They are all turned toward the wall. All the paint missing from the tubes went onto those canvases. That is where it now is, on the canvases whose progress it halted.

Excerpt from Marguerite Duras, “The Painting Exhibition”, in On Writing, Gallimard 1993

Boris Ostrerov earned a BFA in Painting from the Milwaukee Institute of Art and Design and an MFA in Painting and Drawing at the School of the Art Institute of Chicago in 2013. Upon graduation he was awarded the SAIC fellowship. Ostrerov’s current work is seductive, juicy, visceral, and grotesque. He has exhibited widely and has earned several opportunities including showing at Paris London Hong Kong (PLHK), Tory Folliard, the Portrait Society in Milwaukee and in Chicago’s NEXT fair. He has been featured in several publications including New American Paintings #119 and the Milwaukee Journal Sentinel. Ostrerov’s painting was included in the New American Paintings show at the Elmhurst Art Museum in 2016. Ostrerov currently lives and works in Chicago. 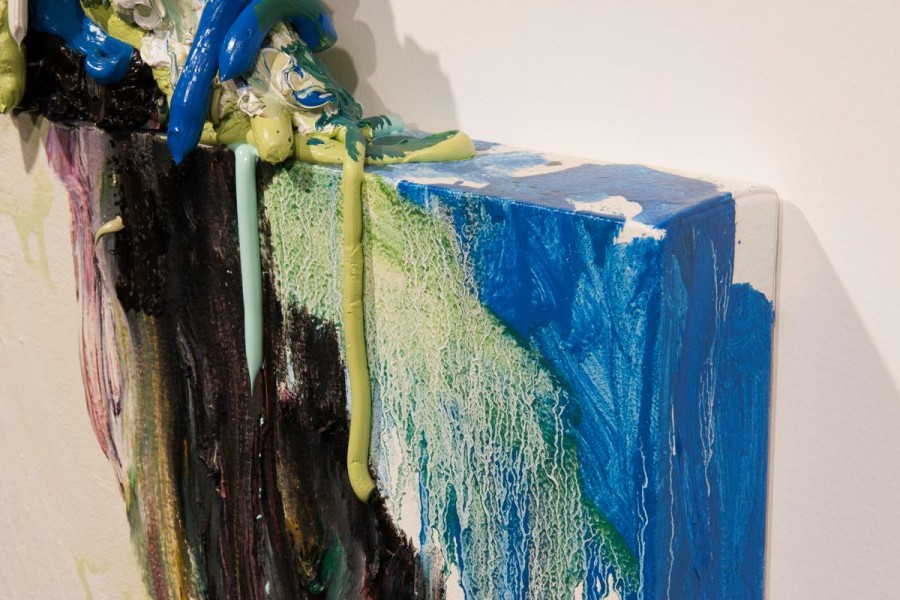