Black Cinema House and ART21 present the Chicago premiere of Art in the Twenty-First Century: Chicago, the celebrated documentary series’ look at four acclaimed Chicago artists who transform humble materials into epic works and freely blur the boundaries between fine and popular arts. The screening will be followed by conversation with featured artists Chris Ware, Barbara Kasten and Theaster Gates, moderated by Yesomi Umolu, Exhibitions Curator at the Reva and David Logan Center for the Arts.

The evening will be kicked off by Jacqueline Stewart, curator of Black CInema House and professor of Cinema & Media Studies at the University of Chicago, and Nick Ravich, Director of Production at ART21.

Featured artists in Art in the Twenty-First Century: Chicago:

Nick Cave (b.1959, Fulton, MO) creates “Soundsuits”—surreally majestic objects blending fashion and sculpture—that originated as metaphorical suits of armor in response to the Rodney King beatings and have evolved into vehicles for empowerment.

Theaster Gates (b.1973, Chicago) first encountered creativity in the music of Black churches on his journey to becoming an urban planner, potter, and artist. Gates creates sculptures out of clay, tar, and renovated buildings, turning the raw material of the South Side into radically reimagined vessels of opportunity for the community.

Barbara Kasten (b.1936, Chicago) makes photographs and video projections in her studio that evoke an experience of movement through modernist architecture.

Chris Ware (b.1967, Omaha, NE), known for his New Yorker magazine covers, is hailed as a master of the comic art form. Ware’s graphic novels, which often depict the lives of everyday people from the Midwest, are an audacious mix of history, storytelling, and drawing.

“Chicago” is part of the latest season of ART21’s acclaimed broadcast documentary series Art in the Twenty-First Century. ART21 is a celebrated global leader in presenting thought-provoking and sophisticated content about contemporary art, and the go-to place to learn first-hand from the artists of our time. A nonprofit organization, ART21’s mission is to inspire a more creative world through the works and words of contemporary artists.

Established by Theaster Gates in 2012, Black Cinema House hosts year-round screenings and discussions of films by and about people of the African diaspora at multiple locations on the South Side of Chicago, and offers free video workshops to local residents. 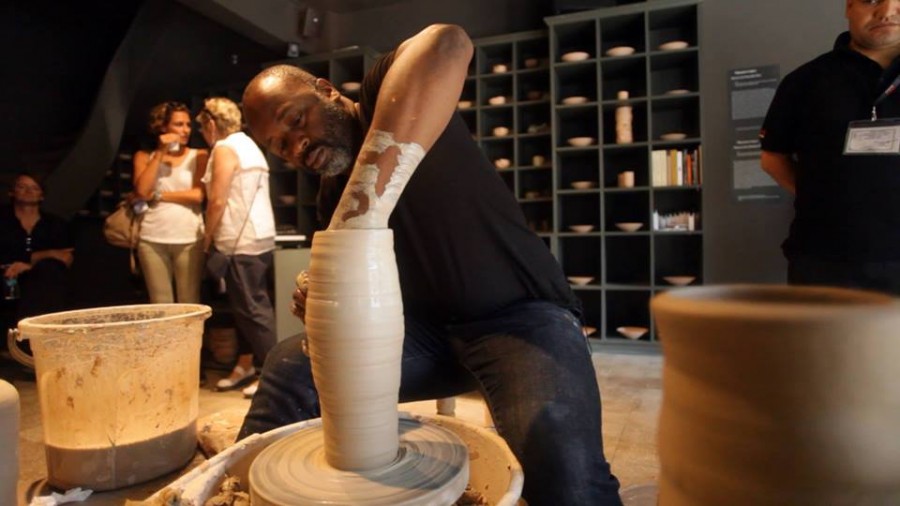