Hairy Who and The Chicago Imagists: Film Screening and Gallery Tour

DePaul Art Museum is excited to host a screening of the 2014 award-winning documentary film by Pentimenti Productions, “Hairy Who & the Chicago Imagists.” The film tells the history of the influential, yet under-recognized group of Chicago artists that came to be known as the Chicago Imagists. Barbara Rossi, who was a prominent member of the group and whose work can be seen in DPAM’s current exhibitions Barbara Rossi: Poor Traits and Barbara Rossi: Eye Owe You!, is featured in the film.

Join Barbara and DPAM Director, Julie Rodrigues Widholm at 6 PM for a guided tour of the exhibitions before the screening begins! 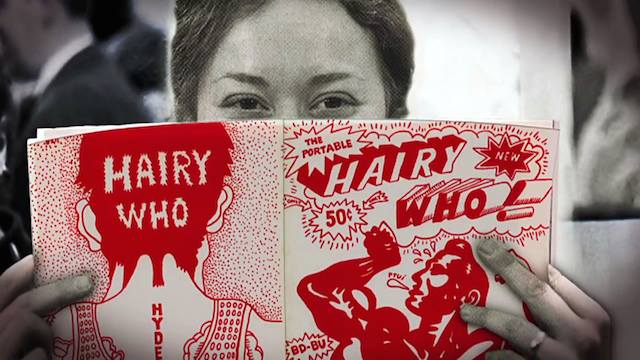