A World Where Flowers Mean Something

Let’s say that everything you experience is a reality of your own making. Your cognition, your perception, your history, your genetic code, your senses, are all a part of the reality you make for yourself, and this construct is crucial for your survival.

Let’s also stipulate that there is no objective truth. No objective reality, and no objective truth. We are knit together by simultaneity. While our reality remains unchanged, our interaction with another, and therefore another reality, melds our consciousness together and we become a new whole. We form new conscious wholes when we are together. We become a bigger and bigger consciousness, made up of lots of individual realities. Reality then, as we know it, can be difficult to let go of. Severing yourself from the larger consciousness in favor of observed truth, is a hopeful proposition. If we make reality then we can remake it, or more precisely we can disrupt the systems that codify and reinforce our current collective notion of truth.

The artists in this exhibition work to disentangle themselves from an objective real and grasp ahold of a reality of their own making. Subversive actors who unravel, undo, redefine, and reassemble products, narratives, languages, and time each proposing another way to become whole.

Zoe Nelson’s paintings are wild things that live out in the open, unfolding, and exposing themselves with exuberance and pleasure drawn from her defiant forms and vivid color. Nelson paints all parts of her canvases, exploring the surface, the edges, and the back. She cuts into her paintings to create holes and slits that open the flat surface and create a spectrum of possible ways of seeing. While Nelson’s paintings are made penetrable by these cuts, her sense of color and playful treatment of form turn vulnerability into an empowered exposition of plurality. They are an invitation to see what would otherwise be withheld, an act of refusal to let absence mean incompleteness. Nelson’s paintings are wounds healed through pleasure and play, a transformation through undoing offering a reality in which what might be interpreted as incomplete becomes whole.

Joshua Kent’s work unravels the affect of performed desire with sensitivity and attention to the discarded, overlooked, and hidden. Kent is collector of the hyper-visible and the barely seen. He brings together objects, clothing, images, and detritus that carry traces of their intention, ownership, use, and value. A Ferragamo jacket found at a thrift store carries an intervention from its previous owner who has wrapped the mismatched buttons in foil to better approximate the original fineness signified by the jacket’s Italian name and gilt decoration. In its found state the jacket’s value is no longer purely monetary, it is an object of conspicuous consumption meant to communicate fineness and convey taste. The foil covered buttons are a deeply human attempt to locate oneself in the reality that this jacket represents, demonstrating desire for material fulfillment to ease the pain of longing. The jacket and other items of clothing Kent presents respond to the profound need to possess beauty and fineness in an impoverished reality. In contrast he collages together objects and materials left behind after a need is satiated. Products created for quick consumption like condoms, candy, cigarettes, or magazine pages. These products are a temporary fix for a craving created by their existence and perpetuated by their design. What remains is the shell of desire quelled, and longing subdued.

Mark McCloughan’s meditative practice recontextualizes found poetry with his own words to create an installation that combines aesthetic, rhythmic, and tonal qualities from multiple viewpoints. Through a process of randomization and video mapping McCloughan turns fragmented language into a stream of shapeshifting consciousness, description, and meaning. The resulting installation presents an imitation of the artist’s studio as a space for projection. The artist’s notebook is propped open to a blank page next to a facsimile of the artist’s window among a mixture of handmade and readymade objects. Words appear and occupy different parts of this space corresponding loosely with the shifts in tone and voice of the writer. At times definitive and succinct, the language then dissolves becoming self aware with questions that threaten to dismantle the poetic conceit and introduce another reality. McCloughan’s improvisational style of writing and his self reflective tone form a composition of earnest, subtle, and disarming moments that make legible the profundity of the artist as witness and poetry as a testament to the experience of beauty.

Angus McCullough directs a search for truth in a world built of alternate realities. He begins with research, but rather than look for empirical data, he embarks on an endless hunt for personal evidence to build a case against time. Time as we know it was standardized in the US in 1918 after several decades of confusing cross-country railroad schedules. McCullough finds the fact that we can (did), collectively, reshape the way we experience time a prompt to intervene and push against this broadly accepted system. He works in video, and with physical material no longer bound to its original purpose – abandoned for lack of functionality, but rich in material legacy. Through combination they propose a new coherence. As a scavenger, McCullough must see potential in many things, and in this way he accepts possibilities for change, improvisation, and the opportunity inherent in “proposition”. Like codified systems built on cobbled-together foundations, the multimedia sculptures lean and beckon, attempting to shape a world. McCullough’s practice is an active refusal to accept the accepted. Because if something seems predetermined or fixed, but is the result of human creation, it can be taken apart, re-assembled and inverted.

More information about Zoe Nelson can be found at http://zoenelson.com/

Joshua Kent is an interdisciplinary artist working primarily in live performance, writing, and sculpture. His/their practice explores desire and the poetics of material objects through gestures of quotation and repurposing. Additionally, for the last seven years Joshua has lived and worked in intentional communities addressing issues of poverty, therein blurring distinction between Kent’s studio practice and daily domestic labor.

More information about Joshua Kent can be found at http://joshuakentworksamples.tumblr.com/

Mark McCloughan is an artist and writer in New York. As a founding member and Co-Artistic Director of No Face Performance Group he has performed in all of the company’s original works. The group’s work has been presented by venues including ICA Philadelphia, FringeArts, Vox Populi, JACK, and Ars Nova, among others. Since 2014 he has collaborated with Eiko Otake as dramaturge for her solo project A Body in Places. His poetry has appeared in Ostranenie, Lines + Stars, and The American Poetry Review.

More information about Mark McCloughan can be found at http://www.markmccloughan.com/

Angus McCullough is a multidisciplinary artist. He studied architecture and philosophy at Wesleyan University and worked as an architect for a handful of years before turning to entirely self-guided projects.

His work has been shown in the United States and abroad, including The Bronx Museum of the Arts, the Bennington Museum, AA|LA, Burlington City Arts, Buoy gallery, Salem Art Works, Roman Susan gallery, Momenta Art, Judson Memorial Church, and The Lust Gallery. He has been an artist in residence at the Vermont Studio Center, VCCA, and ACRE and has been published in the NY Times, the Architectural Record, Landscape Architecture Magazine, Gwarlingo Press, and BF Bifocals.

Born and raised in Brooklyn, NY, he is currently based in North Bennington, VT.

More information about Angus McCullough can be found at www.angusm.cc 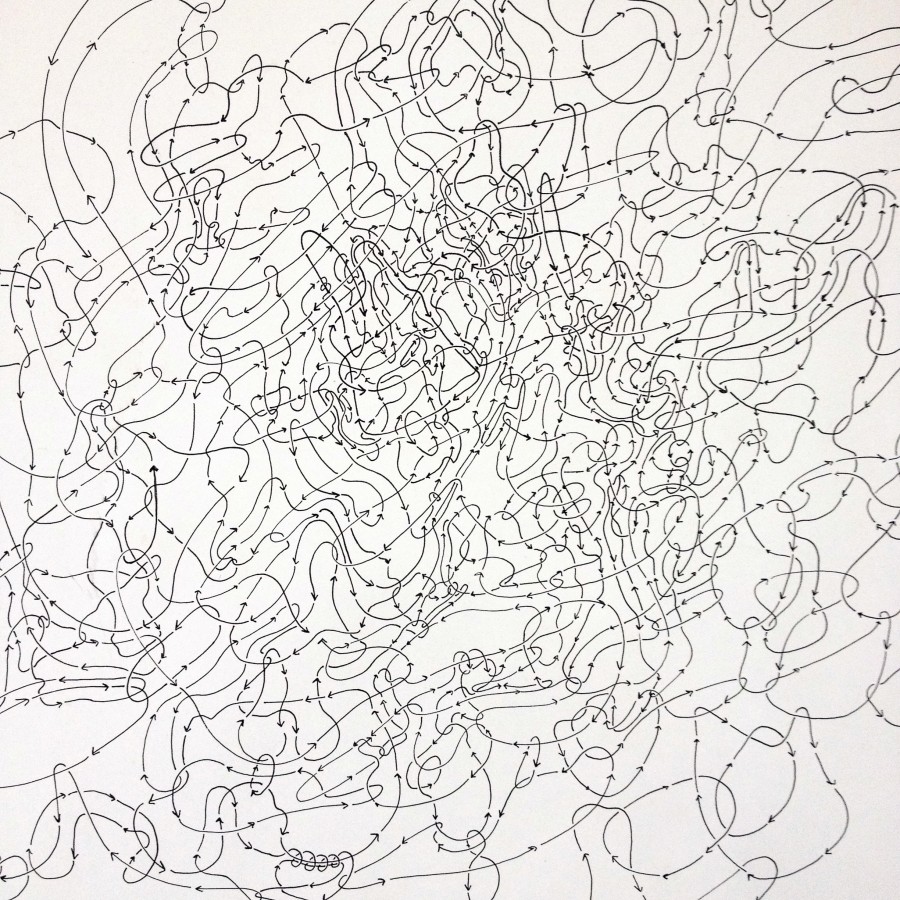