On view through Friday, September 9th

Soccer Club Club is proud to present an exhibition of Rita Ackermann in conjunction with the release of her book, Jezebels, on Drag City. The exhibition features prints from the forthcoming book and a large oil painting from Ackermann Brother painting series. The images of Jezebels were shot by Richard Kern staged after an Ackermann painting from 2002 “Restlessness and Angry Optimism”. The photos were then used as artist’s medium to complete the final stages of the images in the book.

The oil painting on display is site specific for Soccer Club Club and continues Ackermann’s Brother painting series from the late ’90s.

Jezebels opens with a reception on July 21st from 7-11pm with a performance by Circuit des Yeux and age-appropriate drinks by Land and Sea Dept.!

Soccer Club Club is an exhibition and performance space owned and operated by Drag City and located in an intact private bar built by a former Polish soccer star.

Rita Ackermann was born in 1968 in Budapest, Hungary.She studied at the Academy of Fine Arts in Budapest. In 1992 she moved to New York and has since gone on to have solo exhibitions around the world. She currently lives and works in New York. 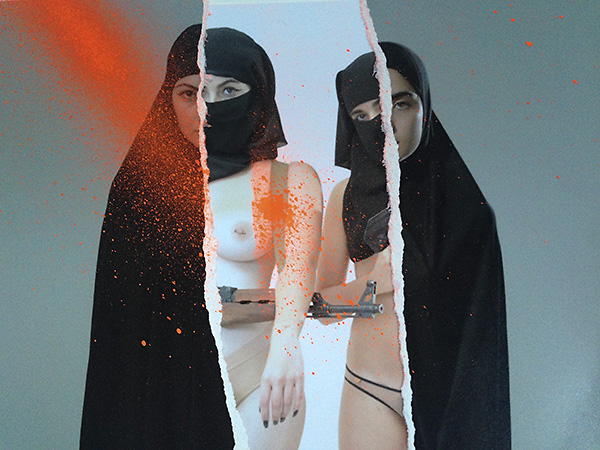