Founded in Zürich in 1987, the Schimpfluch Gruppe has become the epitome of radical outsider art in many respects. Appearing in varying lineups over the years, the Schimpfluch Gruppe has been forging a bridge from stirring audio and visual works to disturbing and highly challenging live performances ever since. Their work has covered a wide range of live and recorded output: audio/sonic art, actionism, bruitism, performance, musique concrète, painting and installation-work, confrontational radio broadcasts, physically demanding performances, ‘abreaction plays’ and ‘psycho-physical tests and trainings.’The work created under the name Schimpfluch deals with therapeutic and analytical actions and reactions of the psyche, the body, and of senses and realities (of both the performers and the audiences), in a radical, critical but also liberating way – an attack on the mind as well as a stimulation of the senses. 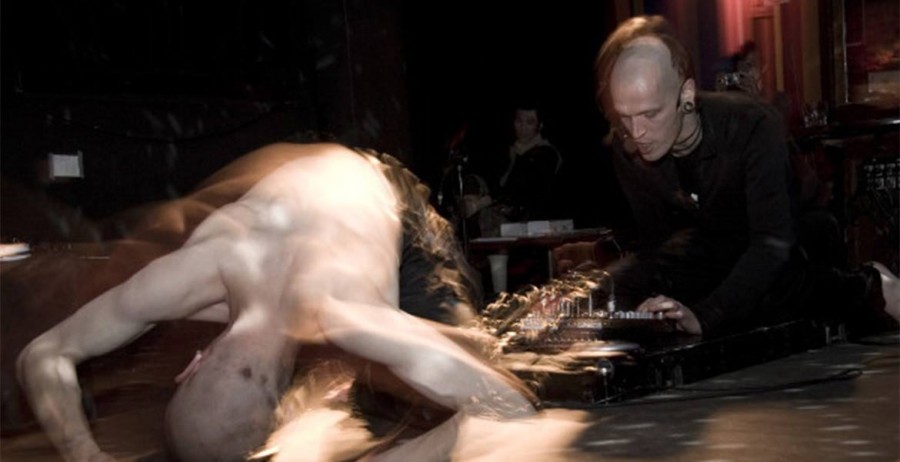