One Player Place/Still Never The Same

On view through Sunday, June 5th

Stop by the Logan Theatre Lounge during the Chicago Underground Film Festival and check out these video installations created by Chicago artists. Both pieces run continuously throughout the festival!

Artists Michael Lopez and Chris Collins bring you the digital-art-game-arcade-zone entitled, One Player Place. Are you or your friends smart or brave enough to take on these unique, challenging, and mesmerizing vignettes or environments? This digital galaxy of adventure and entertainment includes Crystalized Third Act, Body Double Mountain, Whole Earth Land, Secret Handshake, and Stuff on Stuff on Stuff and more. Free! See the future! In the lounge area.

“In 2005, I was in the middle of college, trying to figure out how to make art and how to engage meaningfully with both the histories and futures of artist cinema. Or experimental film. Or video art. Or media art. Or whatever I was calling it then and am calling it now. I made a piece – my first big one – called NTSC. Now, a decade deeper into making art, that piece acts as a fascinating portal into a younger artists’s concerns and enthusiasms. Some things are the same, some things have been abandoned, a number of things have been added. STILL NEVER THE SAME is a remix, a reconsideration, a retrieval, a reconvening.” JM 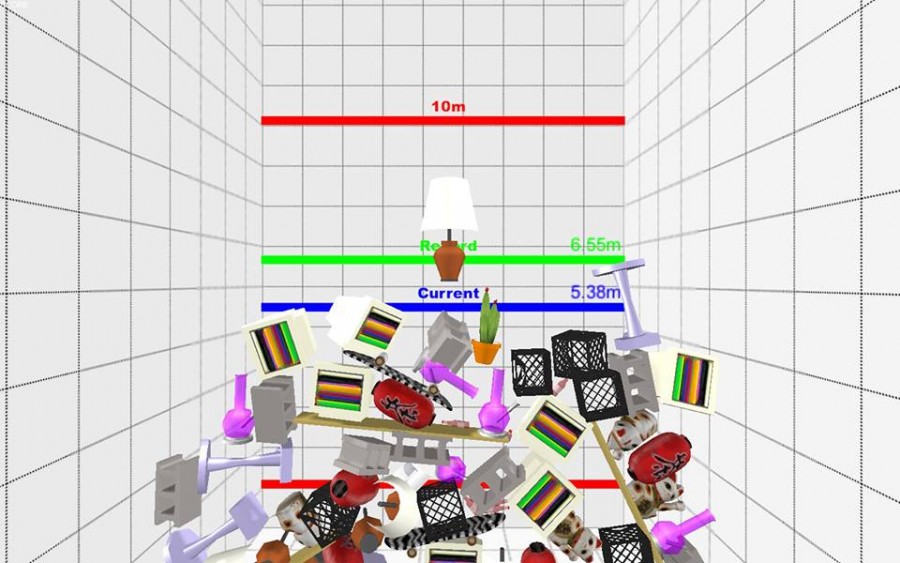