On view through Thursday, June 9th

Marcelo Eli’s paintings are remixes of contemporary and ancient cultures, a bridge between high and low, the mundane and sublime. Eli works on unstretched, unprimed artist canvas, alongside dropcloth canvas and textiles, piecing together the materials to connect cultural and art history. In production the paintings are stacked one on top of the other on the floor, subsequently creating a kind of monoprint from one painting to the next and allowing the artist to literally and metaphorically enter the work. This overlapping of the work onto itself, in addition to often stitching the canvas with the drop cloth or select textiles, forms a kind of sampling related to the general hip-hop aesthetic which creates a compositional density of time and space. Functioning as a kind of accommodation to contemporize ancient symbolism and simultaneously confront contemporary culture.

The event’s title is in reference to the classic film The Sandlot, which details the saga of a young boy, “Smalls,” who moves into a new neighborhood and goes on a series of adventures with his new friends. Smalls borrows a baseball signed by Babe Ruth from his stepdad, and the ball gets hit over a fence, where lurking is a large, seemingly terrifying and vicious dog. Smalls and his friends proceed to get the ball back by any means.

As a part of the exhibition we will host an instructional auction of Marcelo’s custom baseballs, beginning at just $1 a piece. The auction will be preceded by an interactive “how to bid at auction” tutorial conducted by Leslie Hindman Auctioneers’ awesome staff. 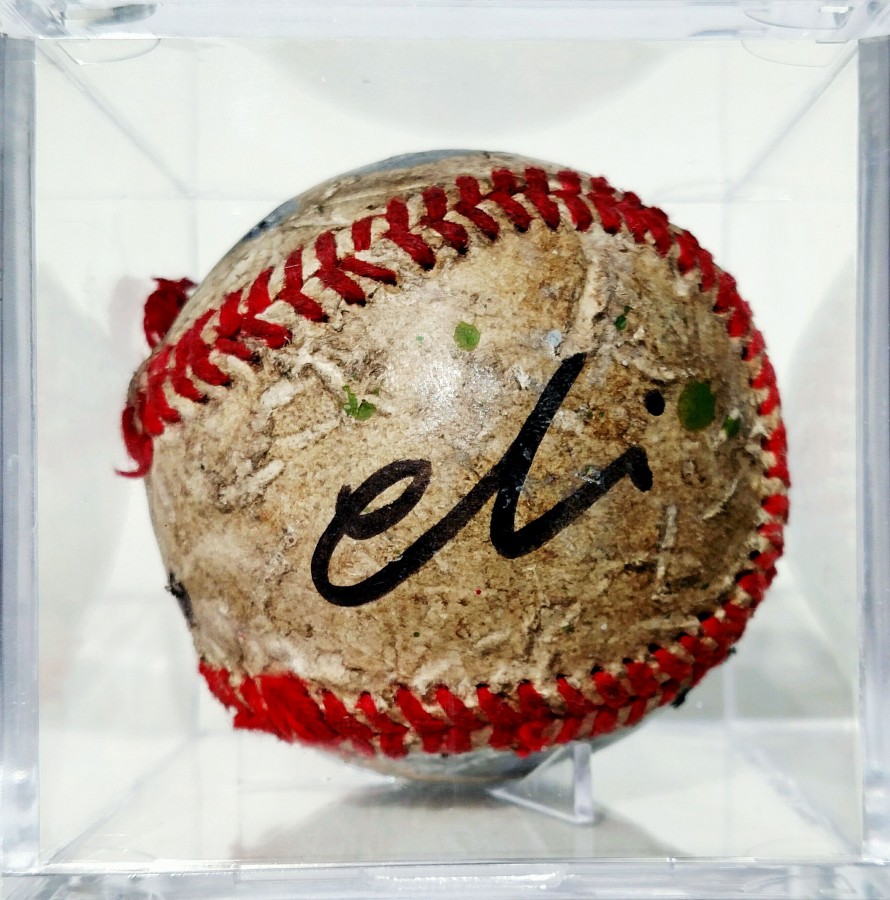