It is with pleasure that Corbett vs. Dempsey unveils Unknown Rooms, an exhibition of new paintings and watercolors by Gina Litherland. This is the artist’s fourth solo presentation at CvsD.

Litherland’s deeply imaginative and immaculately executed paintings are rooted in a figurative tradition that traces back through surrealism and magic realism – in particular the special Midwestern take of those milieus – to more distant points historically, as far as the renaissance and beyond. Often rich with literary allusion, her intricate works may refer to specific figures such as the Bronté sisters (Anne and Emily Bronté Escape from Glass Town) and Goethe (The Last Days of Werther, Melusine), or they may invent their own fantastic sense of space and time, like the transformed domestic scene in Housekeeping, which recalls Eldzier Cortor’s great interiors from the 1940s. Each object in one of Litherland’s paintings is brimming with significance – a guitar-playing skeleton, three birds singing to a dead relative, an owl camouflaged in a wooden door, the portents of tea leaves. And her backdrops jostle for attention with the figures, always alive with action, full of beautiful painterly passages and visual surprises that repay close, slow viewing. As Jack Zipes writes in his thoughtful essay for the exhibition catalog: “What exactly is this magic that transforms the ordinary into the extraordinary in Litherland’s paintings? How does Litherland produce a sense of bizarre estrangement in onlookers who encounter her unique images that recall sixteenth century European artworks and yet are compellingly contemporary? What is the political subversive edge in her paintings, which challenges us to recapture our animal wildness?” Unknown Rooms is accompanied by a full-color 28-page catalog with an essay by Zipes.

In the East Wing, CvsD is pleased to offer New York Underground, a selection of drawings from the 1970s by Jimmy Wright. Made just as Wright hit New York city, these works chart his engagement with the secretive subculture of gay bathhouses and clubs, as well as the seedier – and more colorful – side of street life on the lower east side. An insightful observer of human behavior, deeply engaged with the scene’s action himself, he was the fascinated documentarian of a rather fleeting, often extremely erotic scene, and by the 1980s he had turned this attention inward, to his own dream-life, which he religiously charted in sketches and annotations on what he called dream-cards. This exhibition provides an occasion for the publication of a hardback book of Wright’s drawings, compiling them together with an interview of the artist by Jim Dempsey and a context-setting essay by John Corbett. 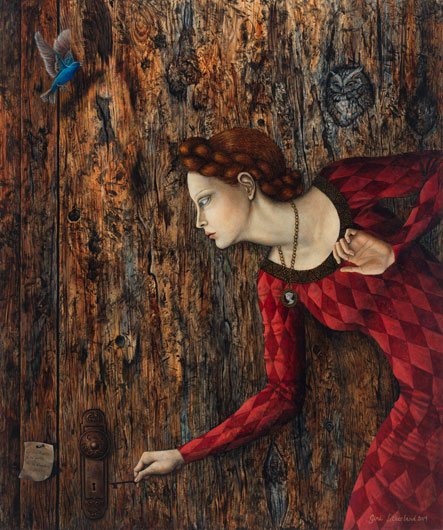