Garden Show proposes a metaphor of urban parks. They have been transcendental spaces, corrupt spaces, lonesome spaces, spaces from which the powerful have extracted authority. They are leisure spaces, common spaces, pleasure spaces, spaces defined by a ceaselessly plodding public. They are open and display signs of no-admittance. Parks are a means to understand the progression of an American rhetoric. Like a dream, they register a migration of people and narratives. They suspend an American paradox between the urban and pastoral. They are an on-again-off-again romance with democracy.

Frederick Law Olmsted described his project, Central Park, as “the lungs of the city.” At the time, the city commonly ascribed the cause of poor health to the “miasma” of the city—New York’s vapors caused a contagious delirium of capital that affected an individual at will. Perhaps the air never cleared. There have been numerous migrations throughout the metropolis, and it is often challenging to differentiate sequestration from continual intramural emigration. Like art, however, the parks translate these conditions through a constitutional reverie, which tests and gauges how meaning is made within this democratic garden. 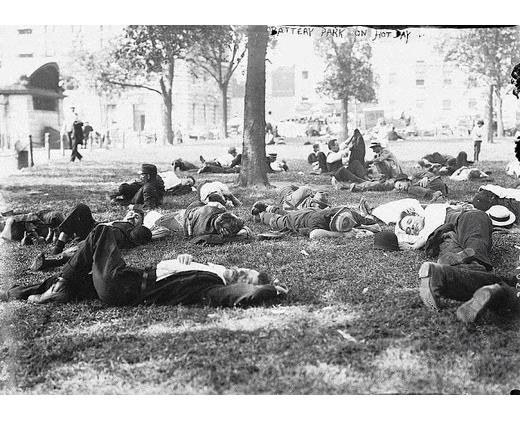