Following her much lauded inclusion in our 2015 summer group show, Look At Me Now!, moniquemeloche is pleased to present the first solo exhibition by our newest gallery artist, Amy Sherald. In A Wonderful Dream, Sherald employs race to explore the evolution of one’s identity as a reaction to external directives. Born in Georgia in 1973 and now based in Baltimore, she credits her early years negotiating as a minority in a mostly white community as a major influence on her practice. Inspired by artists such as Bo Bartlett, Barkley Hendricks, and Kerry James Marshall, she paints dynamic portraits, designed to divulge an erudite understanding of the psychological consequences of stereotyping and racism.

Each portrait depicts a friend or acquaintance of the artist, suspended in vivid fashions before a non-descript background, which Sherald describes as “the amorphous personal space of my own existence within the context of black identity and my search for ways to clarify and ground it.” To add to the otherworldliness, skin tone is rendered only in shades of gray, made by mixing Naples yellow and black oil paint. Ever critical of African American cultural history and the representation of black bodies, the series is Sherald’s satirical manifestation of identities shaped by political, social, economic, and cultural influences.

On July 9th, the gallery will host a special audio podcast event for Sherald in conversation with Miami-based curator and Fresh Talk podcaster Cathy Byrd. Recording live with the gallery audience, Cathy will speak with Amy about what motivates her work. Launched in 2011, Fresh Art International is the globally aware, inspiring, and informative digital platform for Fresh Talk art radio.

Amy Sherald (American b. Columbus, GA 1973, lives Baltimore) received her MFA in Painting from the Maryland Institute College of Art (2004), BA in Painting from Clark-Atlanta University (1997), and was a Spelman College International Artist-in-Residence in Portobelo, Panama (1997). Sherald is a recipient of the Joan Mitchell Foundation Painting and Sculpture Grant (2014), a Pollock-Krasner Foundation Grant (2013), and was the Juror’s Pick for New American Paintings Issue 88 (2010). Just this year, Sherald was the first female to win the Outwin Boochever Portrait Competition grand prize, for which her work will be added to the Smithsonian’s National Portrait Gallery Collection. Along with her first solo exhibition in Chicago at moniquemeloche (2016), Sherald’s recent solo shows include the Reginald F. Lewis Museum, Baltimore, MD (2013), Richard Demato Fine Arts, Sag Harbor, NY (2011), and the University of North Carolina, Sonja Haynes Stone Center, Chapel Hill, NC (2011). She’s exhibited in group shows at moniquemeloche, Chicago, IL (2015), US Embassy Dakar, Senegal (2013), National Museum of Women in the Arts, Washington, D.C. (2013), and will exhibit this fall in Southern Accent: Seeking the American South in Contemporary Art, Nasher Museum of Art at Duke University, Durham, NC (2016). Sherald’s work has been published in Transitions: International Review, The International Review of African American Art, New American Paintings, Hycide Magazine, Studio: Studio Museum in Harlem Magazine, and the New York Times. Among her many artist residencies, highlights include Tong Xion Art Center, Beijing, China (2008) and Odd Nerdrum Private Study, Larvik, Norway (2005), and currently, Creative Art Alliance, Balitmore (2016). Sherald’s work is in notable public collections, including the National Museum of Women in the Arts, the Smithsonian Museum of African American Art and Culture, and the United States Embassy, Dakar, Senegal. 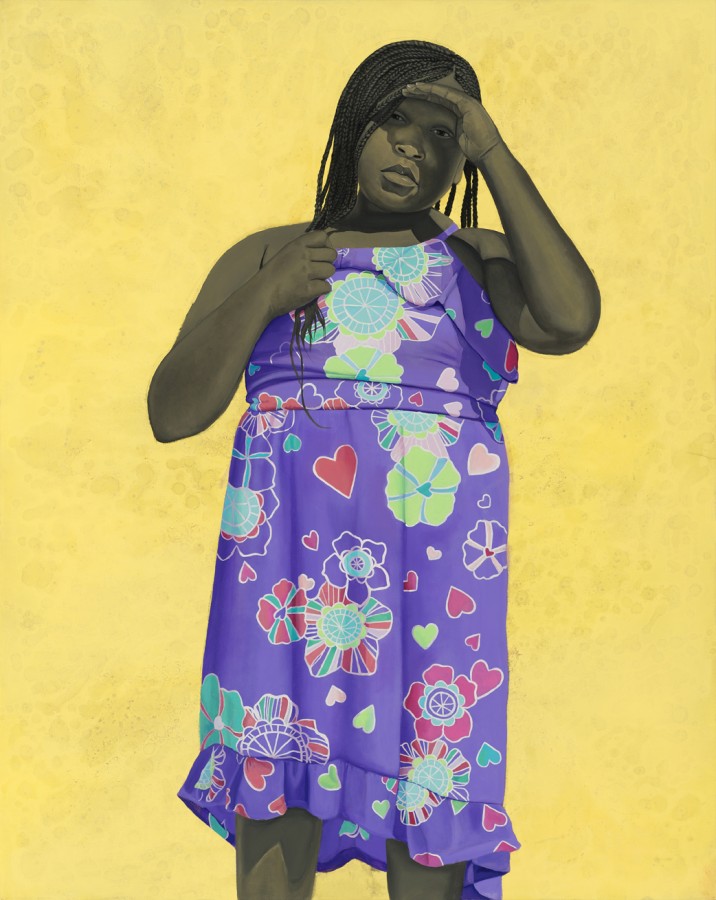