The Flesh Is Yours, The Bones Are Ours (Graham Foundation)

On view through Sunday, August 13th

In its first U.S. presentation, The Flesh Is Yours, The Bones Are Ours spans two venues: Rhona Hoffman Gallery and the Graham Foundation

The Graham Foundation is pleased to present The Flesh Is Yours, The Bones Are Ours, an exhibition by Chicago based artist Michael Rakowitz. Concurrently displayed at the Graham Foundation’s historic Madlener House and Rhona Hoffman Gallery, Rakowitz’s installation deploys fin de siècle Istanbul’s architectural remains as a counternarrative to the city’s rich multiethnic historical development, at the same time excavating psychic and material traces of the Armenian craftspeople responsible for much of the city’s art nouveau façades.

The exhibition’s title “The Flesh Is Yours, The Bones Are Ours” refers to a customary Turkish saying used when an apprentice was given over to a master—meant to convey that the teacher was granted influence over their pupil. Such was the case with Kemal Cimbiz, a Turk who joined the atelier of Garabet Cezayirliyan, a member of the Armenian artisanal community. Under Cezayirliyan’s tutelage, Cimbiz began to create and cast molds in the tradition marked by late-nineteenth-century Istanbul’s once rapid modernization. To this day, the stone and plaster embellishments on buildings throughout Istanbul bear not only this storied legacy of craft, but also indelible impressions of the hands that built them, a haunting reminder of the traumatic histories that befell the city’s Armenian population.

As with many of Rakowitz’s projects, an engagement with questions of craft soon complicates our understanding of the historical forces acting against transmissions of skill and expertise, hinting at the maintenance of tradition as a form of resistance to cultural erasure. Facilitated by the fluid dissemination of knowledge and international inspiration once galvanized by Louis Sullivan’s quest for a new architectural language, Rakowitz claims a modernist lineage of ornamentation to evoke parallel narratives of activist preservation in both Istanbul and Chicago.

Michael Rakowitz is an artist living and working in Chicago. He received his BFA in sculpture from Purchase College, SUNY, and his MS in visual studies from MIT. His work has appeared in venues worldwide, including dOCUMENTA 13, PS1, MoMA, MassMOCA, Castello di Rivoli, the 16th Sydney Biennale, the 10th Istanbul Biennial, Sharjah Biennial 8, the Tirana Biennale, the National Design Triennial at the Cooper-Hewitt, and Transmediale 05. Solo exhibitions include the Tate Modern in London, Lombard Freid Gallery in New York, Trafo Gallery in Budapest, and Kunstraum Innsbruck. Rakowitz is the recipient of a 2012 Tiffany Foundation Award; a 2008 Creative Capital Grant; a Sharjah Biennial Jury Award; a 2006 NYFA Fellowship Grant in Architecture and Environmental Structures; the 2003 Dena Foundation Award; and the 2002 Design 21 Grand Prix from UNESCO. His work features in major private and public collections, including the Museum of Modern Art, New York; Neue Galerie, Kassel, Germany; the Smart Museum of Art, Chicago; the Van Abbemuseum, Eindhoven, the Netherlands; the British Museum; the Kabul National Museum, Afghanistan; and UNESCO, Paris. Rakowitz is professor of art theory and practice at Northwestern University. 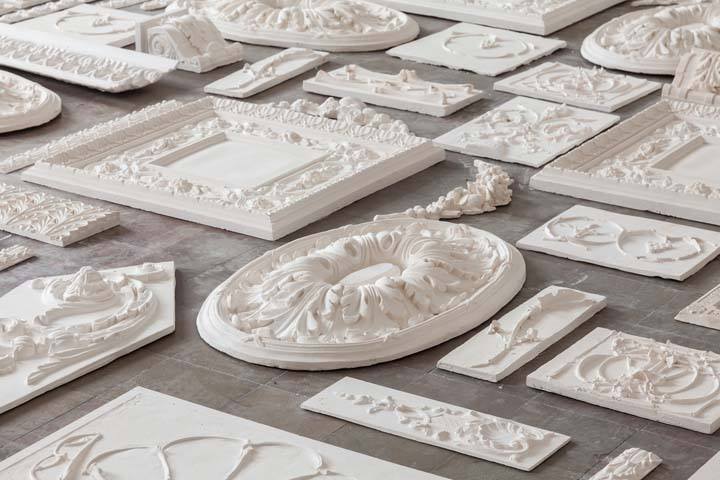