As spring is finally sprung, Corbett vs. Dempsey is very pleased to present Garden, an exhibition of new drawings by Robert Lostutter. This is Lostutter’s third show with the gallery.

With his latest body of work, Lostutter forges deeper still into a indelible series of figurative images that he’s been conjuring for several decades. The suite of male portraits – six large format drawings and five smaller ones – feature mutant figures, grafts of human and vegetable or avian elements. Leaves sprout in the place of hair and merge with the features of the face; feathers flank the eyes like a subdermal masquerade ball mask. As always, Lostutter’s technique is astonishing, imbuing the nearly monochromatic backdrops with a light, airy presence, against which the strange fellowship strikes ecstatic poses. As indicated by its title, Garden is an outgrowth and extension of Lostutter’s last body of work, Garden of Opiates, a series of watercolor portraits of a related tribe of hybrid men. Here the artist offers a single watercolor, “Masdevallia,” five views of a budding orchid introducing a quick, bright burst of color into the subtle black and white colony of figures. The exhibition is accompanied by a 28-page catalog with a short essay by John Corbett and a poem by Lostutter. Among numerous exhibitions, The Singing Bird Room of Robert Lostutter presented a 30-year survey of his work at the Madison Museum of Contemporary Art (2012).

In the East Wing, CvsD eagerly unveils Good Gloom, the first Chicago exhibition of paintings by Amy Feldman. A major presence in New York’s vibrant new painting scene, Feldman works large scale and with a reduced palette, mostly in black, white, and grey, and she derives complexity out of modest means – singular or composite forms ring the canvases, creating tension by suggesting multiple figure/ground relationships, testing the capacity of the frame’s edge, with incidental drips creating extra action like static electricity on a rubbed balloon. Among numerous solo gallery exhibitions, Feldman chosen for New York Painting, with ten other artists, at the Kunstmuseum, Bonn (2015), with her work appearing on the cover of the catalog, and she will be part of Riot Grrrls, an upcoming show at the MCA, Chicago. 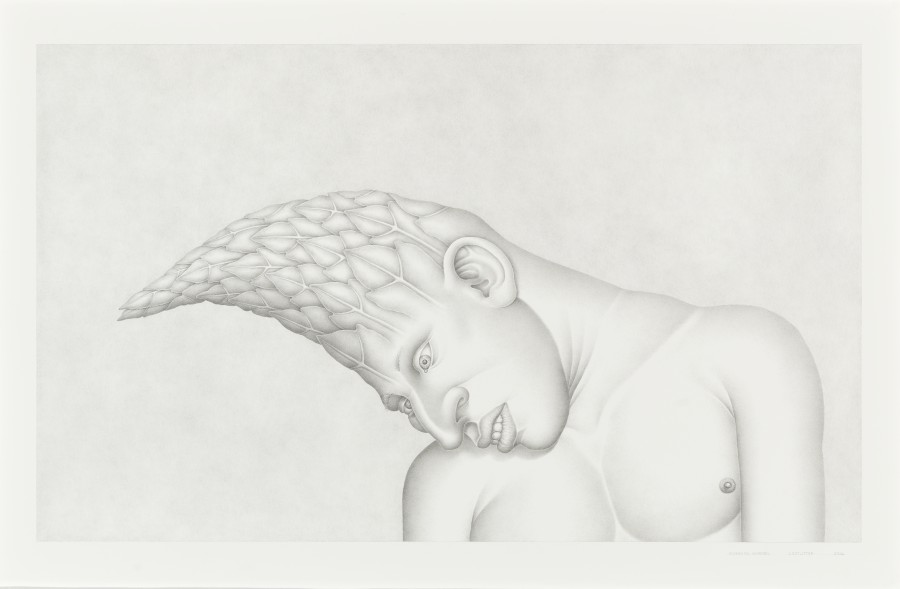