For his fourth solo exhibition with moniquemeloche, Wallpapering the Infinite, Justin Cooper will install new large-scale drawings amongst a field of AstroTurf and a new series of illuminated garden hose lamps and chandeliers.

Cooper’s work examines the ways in which simple lines delineate space, dangling precariously between the hinged and unhinged by using obsessive mark making. Peppered with visual glitches, the artist creates thresholds and opens up thin areas where things exist for a brief moment without definition. Within the artist’s practice, a cross-pollination of media, he creates an ongoing search for these lines, often using mundane materials like garden hoses, in formal and conceptual manifestations. These new drawings and sculpture continue to investigate the relationships that hover between the comedic and the frenetic according to circumstance.

Justin Cooper (American, b. 1976, lives NY) received his MFA in sculpture, performance, and video from the School of the Art Institute of Chicago (2005), a BFA from the University of Colorado (2003), and studied at the Sorbonne, Paris (2002). He has been an artist in residence at the Skowhegan School of Painting and Sculpture in Maine (2007); Franconia Sculpture Park, Minnesota (2009); Redline, Milwaukee (2010); Fountainhead, Miami (2013); and Art OMI in Ghent, NY. Cooper has performed and exhibited worldwide, in Hong Kong, Berlin, Rio de Janeiro, New York, Philadelphia, London, Los Angeles, Miami, Mexico, Milwaukee and Sweden. Since his last exhibition at moniquemeloche in 2012, Cooper has had solo shows at Time Equities, Inc. Art-in-Buildings, NY; testsite, Austin, TX; Hoffstra University, NY; Living Arts, Tulsa, OK; and Storefront Ten Eyck, Brooklyn. Chicago audiences are familiar with his work included in Production Site: The Artist’s Studio Inside-Out, Curated by Dominic Molon at the Museum of Contemporary Art Chicago, and the MCA owns several drawings and video in their permanent collection. Cooper is currently a Visiting Sculpture Professor at the University of Southern Florida in Tampa.

A fully illustrated digital catalog will accompany the exhibition with an essay by Whitney Tassie, Curator of Contemporary and Modern Art at the Utah Museum of Fine Arts, and an interview by Rachel Adams, Associate Curator at University at Buffalo Art Galleries.

In conjunction with his show, Justin Cooper has invited Miami-based video artist Benjamin Zellmer Bellas to exhibit in Porcelain Projects.

Also continuing on the wall, Michelle Grabner: Chicago Gingham, on view thru May 28. 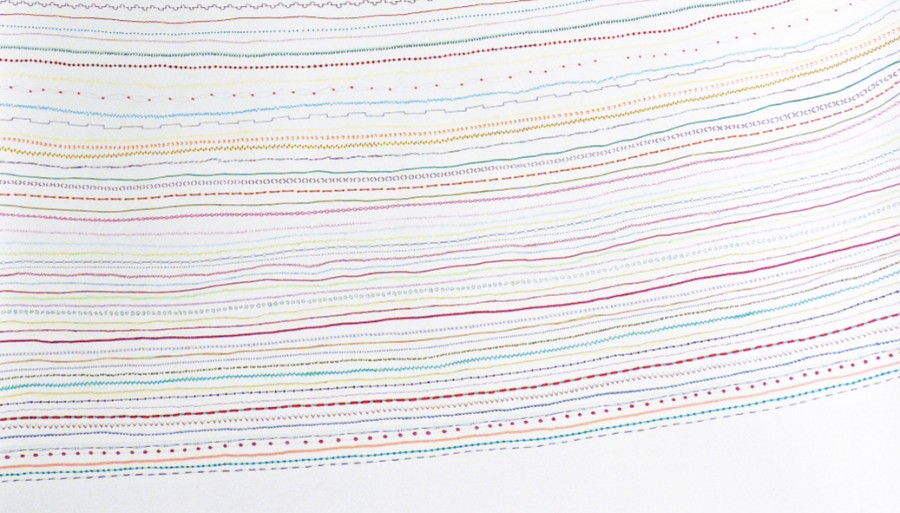