On view through Saturday, July 23rd

The Arts Club of Chicago is pleased to announce ZIGGURAT, an architectural chimera, a garden installation by Chicago architect Marshall Brown, which will run from Thursday 28 April through Saturday 23 July 2016.

Architect Marshall Brown, recently named a participant in the 2016 Venice Architecture Biennale, creates a garden folly for The Arts Club of Chicago. Traditionally, follies are small pleasure pavilions that trace back to great eighteenth-century French and English gardens. ZIGGURAT draws upon Brown’s recent photomontage series, Chimera, which incorporates found fragments of architectural photography. Inspired by the lion-headed goat/dragon from classical mythology, Brown’s folly for The Arts Club embraces our world of relentless hybridity, where anything and everything is a potential readymade, subject to endless sampling and remixing. Using a technique he calls “stealth collage,” Brown samples masterworks by the architects Frank Gehry, Peter Eisenman, and Zaha Hadid to design the three-dimensional construction of a graphic inspiration. This is Brown’s first building realized in Chicago. This project is funded in part by the generous support of the Chauncey and Marion Deering McCormick Family Foundation.

Marshall Brown is a licensed architect and urban designer. His practice has worked on several projects in Chicago, including the Navy Pier redevelopment and a master plan for the neighborhood of Washington Park. He also founded the urbanism, art and culture think tank NEW PROJECTS in collaboration with curator Stephanie Smith. He is a founder of the Yards Development WorkShop, designers of the UNITY Plan for the Atlantic Yards in Brooklyn, New York. Marshall Brown’s work has been exhibited at the Museum of Contemporary Art Detroit and Western Exhibitions in Chicago.

Brown was a 2010 MacDowell Fellow, and also the first Saarinen Architecture Fellow at the Cranbrook Academy of Art. He received his Masters degrees in Architecture and Urban Design from Harvard University where he won the Druker Fellowship for urban design. Marshall Brown is also an associate professor at the Illinois Institute of Technology College of Architecture. His projects and essays have appeared in several books and journals, includingMetropolis, The Architect’s Newspaper, Architectural Record, Crain’s, The New York Daily News,Art Papers, The Believer, and New Directions in Sustainable Design. 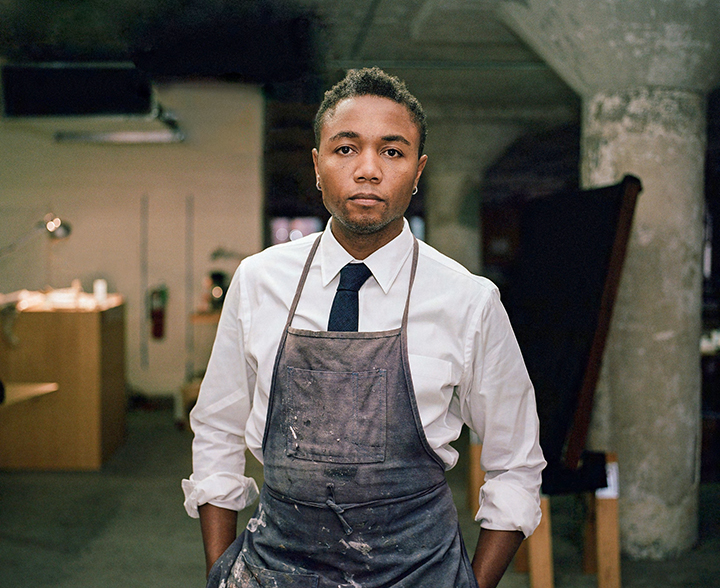