YUMIKO YOSHIOKA was a founding member of the first all-female butoh group Ariadone and has been instrumental in bringing butoh to Europe: first with Ariadone in Paris in 1978 and then in Germany with her group Theatre Danse Grotesque (1988-1994). She has toured and taught extensively in Japan, Europe, Russia, Israel and both North and South America and presently is based in eastern Germany where she runs the group TEN PEN Chii with visual artist Joachim Manager and musician Zam Johnson.

MARCO DONNARUMMA is an artist and writer. He merges sound art and performance art through science and technology. He is known for his performances, concerts and installations using and abusing human bodies, sound, infrasound, lights, algorithms, body sensors, and loudspeakers. His works rely on the material force of sound to produce intensely intimate encounters of bodies and machines, and vivid sensory, and physical experiences. His creative process is a continuous feedback between artistic intuition, scientific experiments, and development of custom technologies. Among other awards, he has been a Harvestworks Fellow with support by the Rockefeller Foundation, and his works have been featured at Sónar+D, ISEA, Venice Biennale, ZKM, transmediale, CTM, FILE, Panorama, NYEAF, Sound Art China, EMPAC, Stanford CCRMA, to name a few. http://marcodonnarumma.com/

HECTOR CANONGE is an interdisciplinary artist whose work incorporates the use of New-media technologies, physical environments, cinematic and performance art narratives. In his work he explores and treats issues related to construction of identity, gender roles, and the politics of migration. His performances mediate movement, endurance, and ritualistic processes as well as the interaction with the public. Canonge studied Comparative Literature, Filmmaking, and Integrated Media Arts in New York City. His visual arts projects and performance art work have been exhibited and presented in the United States, Latin America, Europe and Asia. http://www.hectorcanonge.net/ 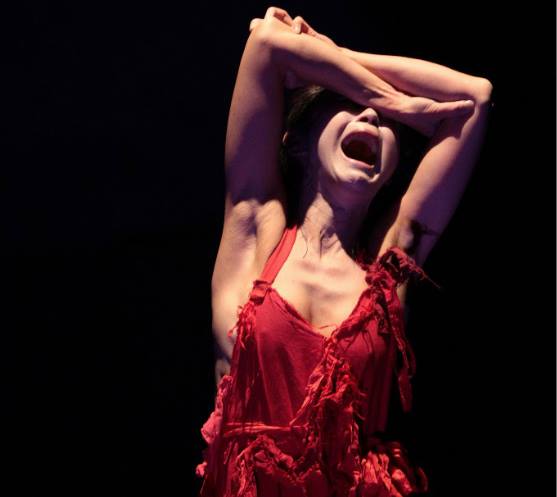