Waking up in the home of an absent stranger, you begin taking stock of the objects and images that surround you, trying to construct a notion of who this person is. You know what these objects are, you know where they are, but the fact that they are here together instigates a certain kind of friction. Rubbing against each other, the effects they produce, these factors generate a story. A story that grasps at truth, but is more likely a fiction. Through the arrangement of objects and images of their own making or selection, Lauren Spencer King and Hirofumi Suda create similar networks of association and dissociation. Both artists make works that operate like triggers in recalling a dream, leading you to a memory, or stoking a fantasy. From one piece to the next, both artists seek to destabilize any autonomous potential a given work might have in telling you something clearly and without hesitation. An accurate ink-wash depiction of a flower is undercut by a nearby baby-like being, the same size as the flower, close to what we know as human, but not quite. A highly rendered watercolor of a section of a fur coat is collapsed into abstraction through tightly cropped borders, and the disruptive appearance of an unnatural color. Explorations of darkness manifested in a seemingly monochromatic landscape of a forest at night, or a long, black velvet curtain dropping in from the ceiling and spiraling into itself invite us to consider what might fill the emptiness, if not ourselves then certainly our fears, and other unreliable perceptions.

Whether its how we understand the impact of time’s passage, the way language dictates thought, or attempts at establishing solid distinctions between fact and fiction, King and Suda make work that does not pick a side, but rather straddles dualities. Not fit to abandon one for another, or hover back and forth, both artists take up equal handfuls of psychological, emotional, philosophical, and material fragments from either side and slowly work them together into undifferentiated masses of everything and nothing, and all that falls in between.

Hirofumi Suda (b.1978) live and works in Glasgow, Scotland. Recent exhibitions include Project Room (Glasgow), Temporary Gallery (Cologne, Germany), and Transmission (Glasgow). He received his BFA from the School of the Art Institute of Chicago, and his MFA from the Glasgow School of Art. 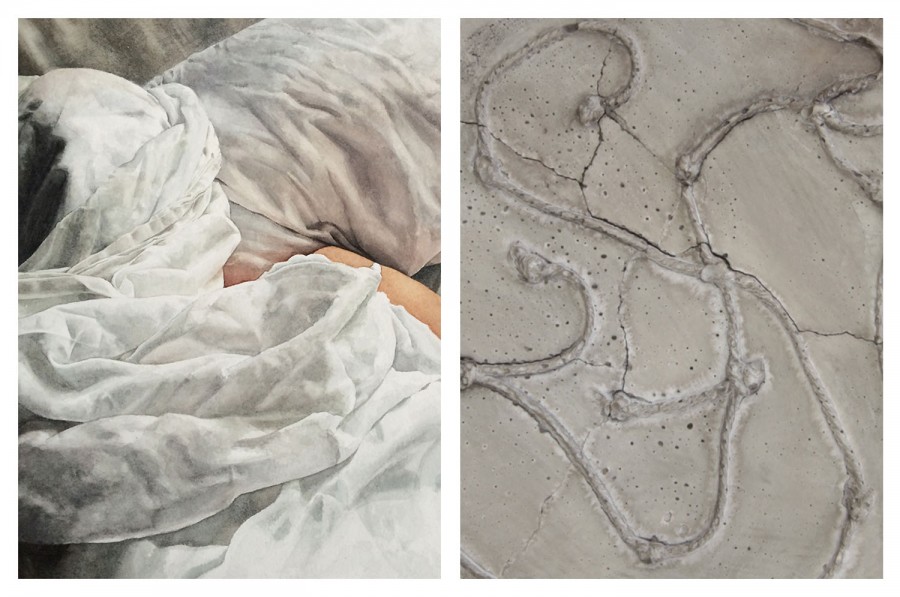