On view through Tuesday, April 26th

Cultivator is pleased to present Joyce Owens in a solo exhibition of works on canvas, mixed media constructions and paintings on wood. Owens has been deeply interested in the human condition all her career. Addressing racism, sexism and other American cultural embarrassments, the intent of her work is to show a history that has often been overlooked.

Owens writes this about her art:
“My art practice is literally figurative.

I engage with critical and theoretical issues tied to my African American heritage; race is a recurring theme. Through visual images and lectures I challenge ideas around cultural and social stagnancy. My portraits, constructions and 3D works are painted on various surfaces: wood, paper, canvas, and mixed media including found objects are my mediums. Collage on canvas/board is another method I use to express concepts. Improvisation influences my creative methodology, producing a portrait or figure that I don’t fully “see” until I finish. My activity continues to be an adventurous exploration, a search for me in many ways, and a conversation with the viewers about issues I care passionately about.”

Joyce Owens earned an M.F.A., Yale University, B.F.A., Howard University, and has served as associate professor, curator, juror, panelist, consultant and lecturer at many institutions including The Art Institute of Chicago, the Illinois Arts Council, Arts Alliance Illinois at Art Expo, The College Art Association, Chicago Artists Coalition, the Chicago Department of Cultural Affairs, Columbia College Chicago, the Hyde Park Art Center, The DuSable Museum, The Museum of Science and Industry, and Chicago State University. Owens’ art work has been exhibited in solo and group exhibitions on four continents at various museums, galleries and art centers including the Black Fine Arts Show, The Illinois State Museum, The Philadelphia Museum, and Yale University. Some of her honors and awards include a 3Arts Award and Ragdale Fellowship, cash prizes or solo exhibitions from Martin Puryear, Faith Ringgold, Jon Pounds, Tony Tasset, and correspondent for Artnews and former Chicago SunTimes art critic, Margaret Hawkins. Owens’ work has received positive critical reviews and been the subject of feature articles in various publications such as the Chicago Reader, The Chicago SunTimes, Chicago Magazine, The Chicago Tribune, The New Art Examiner, Chicago Gallery News and papers and blogs around the country, and England. She is a published writer contributing to “Art Against the Law”, Rebecca Zorach, editor, published by the University of Chicago Press in January 2015 and writing for the Chicago Tribune’s Chicago Now blog on art and theater. 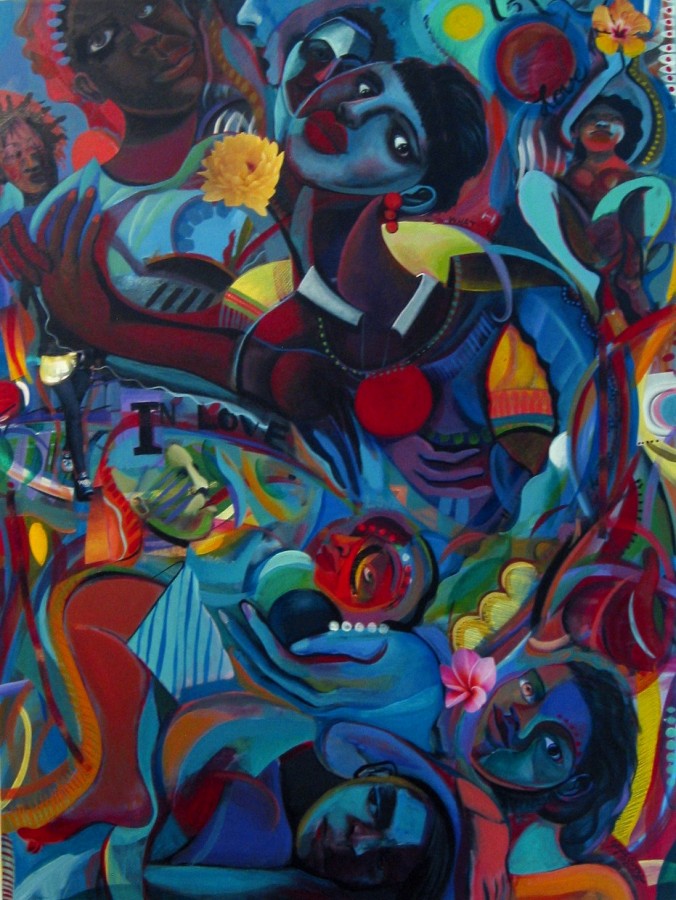