On view through Tuesday, March 15th

Fernwey is pleased to announce Cashmere Yer, a solo exhibition of new drawings, sculpture and writing by New York City-based artist Jason Tomme. This is Tomme’s first exhibition with Fernwey and his first time exhibiting in Chicago.

Cashmere Yer plays upon notions of “location” and “nature” and how the struggle to frame these notions is often incomplete or absurd, but sometimes enlightening. This exhibition is comprised of a group of meticulous graphite drawings, a single sculpture, and a text piece in the form of a letter. These components continue Tomme’s narrative that involves an undetermined location where the protagonist is faced with uncovering just what or where this location is and how to find a way through it. The show’s title, Cashmere Yer, is shared by one of the drawings included in the show, and serves as a roadmap of sorts into the symbiotic relationship between sense and nonsense, reason and absurdity, fact and fiction, light and shadow, representation and abstraction, life and death.

These drawings were crafted over the course of two years and depict an intricately awkward space where notions of representation and abstraction–the observed and imagined, things healthy and sick–intersect. The drawings include imagery of potted plants, blank sheets of paper, tools, wine glasses, rays of light, and non-descript interiors inspired by classical still life and portraiture. Additionally, the show includes a single sculpture that echoes the peripatetic lines found in the drawings–an assertion of how line, in general, is a primary form of mark-making and expression, and where by itself, it is a fundamentally an abstract but familiar form. The sculpture can also be interpreted as a mysterious fragmented object of unknown origin and unknown time, resembling something created by an alternative realm of nature or by known/unknown beings of intelligence.

These ideas are further explored through the fictional letters authored by Charlie to the recipient Charles. Cashmere Yer is Tomme’s second exhibition where this letter format is presented alongside the work. In the previous letter, Charlie writes to explain the strange and alien location he has found himself in, “…this strange kingless space.”

In our current letter to Charles, Charlie reveals that he is still seeking clues and ways of understanding this new landscape but also reveals he has some regret, “…I don’t know how I let this happen.” He has discovered some new features of what he now realizes is an island, and is determined to see “what else there is” as he stumbles into “… abandoned shelters littered about.” In a seemingly odd non sequitur, he is eager to explain to Charles how important his cashmere sweater is to him and how it inspired the phrase “Cashmere Yer.”

Read the letters from Charlie to Charles here: http://www.fernwey.com/dear-charles

Jason Tomme lives and works in NYC and has been exhibiting since 2004 including exhibitions at Buia Gallery, Mary Boone, Nicole Klagsbrun Gallery, the Las Vegas Art Museum, Chinati Foundation, and Socrates Sculpture Park. His work examines the location and presence of things. He is also a co-founding member of Black Ball Projects. 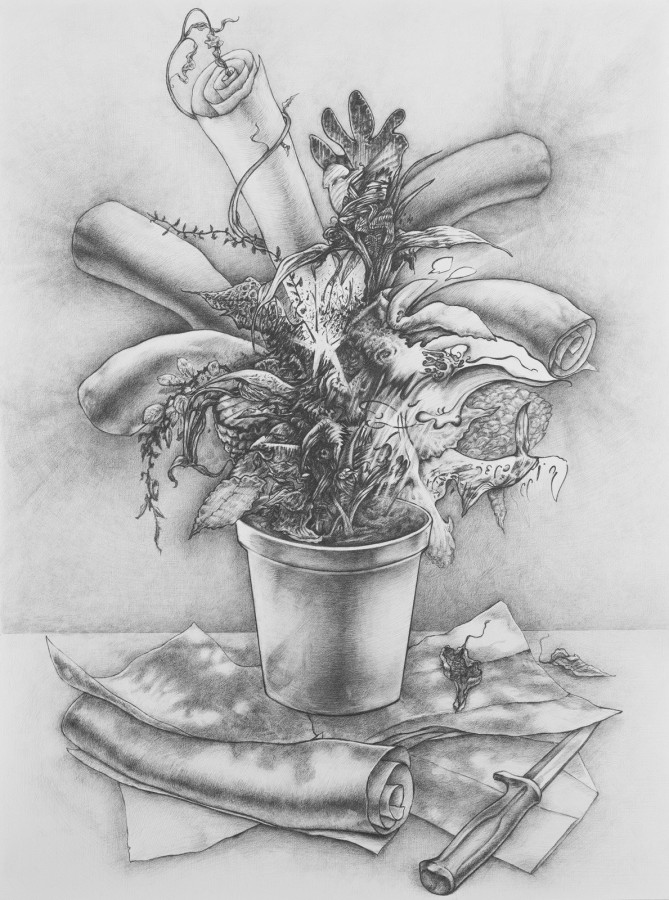