On view through Thursday, September 1st

Open House Contemporary (OHC) has invited conceptual artist and public sculptor Erik L. Peterson to completely take over three Airbnb apartments with site-specific artworks. Peterson is known for artworks that engage audiences with familiar surrounding in unexpected ways: a gigantic neon sculpture that oozes down the wall and spills onto the floor (Seep); a forklift ballet performed under the gaze of “The Picasso” on Daley Plaza (Square Dance); a pair of reflective “beach paintings” that flash when car lights rake across their surfaces (The Oasis). For FRESH SHEET, Peterson moves indoors, but the works retain the same generous spirit of the public works, infused with a subversive underbelly. The art in FRESH SHEET cannot be experienced in an art museum or commercial gallery, but only by renting an apartment at Open House Contemporary during the run of the show.

Peterson’s work explores today’s sharing economy by activating a new way of observing, experiencing, and “collecting” artwork. Instead of buying a painting, for example, guests interact with (and within) the artworks as a part of their Airbnb experience. The pieces have contemporary glam attitude that simultaneously encourages the publicizing of private life and the privatization of shared domestic spaces. Included in the price of admission are alarm clock selfies, steamy shower apparitions, giant paintings of rumpled post-coital sheets lifted from historical canvases, and interactive neon motel signs. This set of artworks, in fact, only works in the semi-private shared domestic space of the OHC Airbnb apartments. The conceptual art pieces are made specifically for bedrooms, showers, living rooms, and the local city streets. The conceptual art pieces are made specifically for bedrooms, showers, and living rooms. For example, “Alarm,” a collaboration between Peterson and Chaz Evans, is a custom-built and programmed alarm clock device in the master bedroom that takes a photograph of guests at the moment they wake up: resulting in a bedroom selfie souvenir. FRESH SHEET challenges the model for the art economy, which is based on an anachronistic system where discrete objects are bought and sold. OHC, on the other hand, proposes a model based on the sharing economy, where guests pay for a once-in-a-lifetime experience. Rather than taking home an object, they take home a story.

Erik L. Peterson is a public artist, sculptor, and curator living in Chicago. He is best known for his large-scale urban interventions (Seep, The Oasis and Inner State), signature edible ice cream sculptures (Creamcycle and Soft Palate), and public performances and camouflaged urban spectacles employing everyday scenarios in absurdist flux (Two Tow’n, The Large Glass Company, and Square Dance). Peterson has been shown in solo exhibitions at The Arts Club of Chicago, Bert Green Fine Art, Bolt Gallery at the Chicago Artists’ Coalition, and EXPO CHICAGO. His work has been shown in group exhibitions at Gallery 400, A+D Gallery, INOVA at the University of Wisconsin-Milwaukee, Step Gallery at Arizona State University, Doudna Fine Arts Center at Eastern Illinois University, the Pick Museum of Anthropology, the National Ornamental Metal Museum, and the Peggy Notebaert Nature Museum, among others. Additionally, Peterson is a founder of Hyde Park Kunstverein, a community museum focusing on solo projects, and Qeej Hero, a trans-cultural video game featuring an ancient Hmong musical instrument. http://www.eriklpeterson.com/

Chaz Evans is a media artist, art historian, educator, and curator. His work deals with software, performance, and histories of art and technology and has been exhibited at such venues as ACRE Projects, HPAC, Evanston Art Center, and Chicago Artists’ Coalition. Evans is a Lecturer of Interactive Art in the Department of Radio/TV/Film at Northwestern University. He is also Co-Founder and Director of Exhibitions and Programs of VGA Gallery. http://www.chazevans.net/ 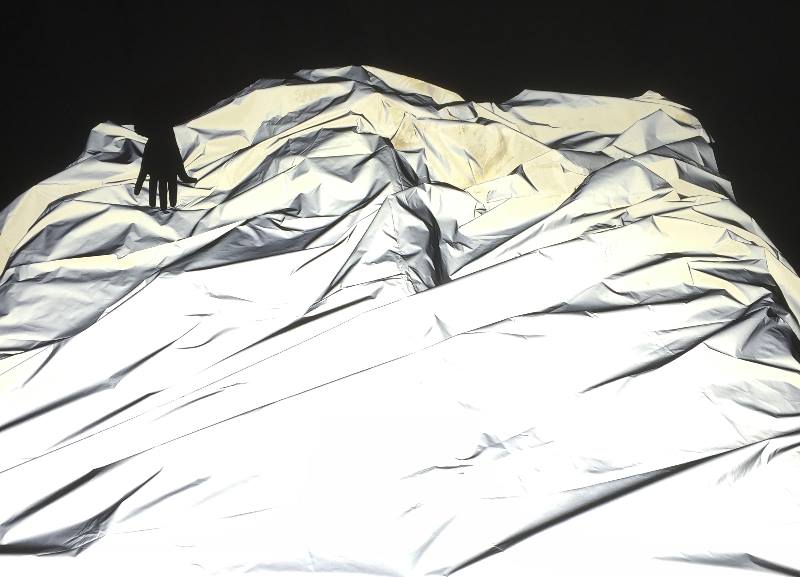