Conversation: Reciprocity Failure – Imagining the Cosmos in Art and Science

Join LATITUDE and the editors of Everything Is Collective Press (EIC) for a book launch and conversation with artist Jaclyn Wright about her recently published photobook Afterglow. Copies of the book will be available! Jaclyn is a former Artist in Residence at LATITUDE and currently teaches at the School of the Art Institute of Chicago in the Photography department.

ABOUT THE BOOK
Launched on 2/11/2016 to coincide with the announcement of the discovery of gravitational waves by the Laser Interferometer Gravitational-Wave Observatory (LIGO), Afterglow explores the ever expanding edges of our universe. Many of the phenomena integral to our model of the universe, such as black holes, gamma ray bursts, dark matter and dark energy, have not been seen – either because they are not visible at optical wavelengths or simply because the universe is too vast for us to happen to be looking at the right place at the right time. These phenomena must therefore be represented by symbolic systems such as mathematics, language and art. The images contained within Afterglow offer not only a symbolic representation of these phenomena but have been organized by processes similar to those responsible for generating such phenomena in the first place – heat, density, mass, time. Afterglow is compact, orientable, spacelike.

ARTIST’S BIOS
Jaclyn Wright is an artist living and working in Chicago, IL. Her work is concerned with the deconstruction of visual information by way of manipulation, fragmentation, and restructuring. The images created use the photographic space to challenge the way in which we perceive and understand visual language. In 2014 she was the visiting artist at the University of Cincinnati and the artist in residence at Latitude/Chicago. Her work has been shown in solo and group exhibitions nationally and internationally, published widely, and featured on several web-based projects. In 2015 she served as the guest co-editor of Papersafe Magazine, Turbulent Bodies / A Cross, A Wild Sea and her project “The Two-Dimensional Shadow”, was acquired by the Midwest Photographers Project collection at the Museum of Contemporary Photography in Chicago. Her recent publication, Afterglow officially launched on 2/11/2016 scheduled to coincide with the announcement of the discovery of gravitational waves by the Laser Interferometer Gravitational-Wave Observatory (LIGO). http://www.jaclynrwright.com/

Based in Los Angeles and Chicago, Everything Is Collective (E.I.C.) is an ongoing curatorial, publishing and artistic collaboration between three artists: Aaron Hegert, Jason Lukas, and Zachary Norman. Since 2013 the group has worked together on numerous exhibitions, publications, curations, and web-based projects, all of which address contemporary issues in photography and image culture. The collective has exhibited their work nationally and internationally including recent exhibitions at Royal Nonesuch Gallery in Oakland, Filter Space in Chicago, Next Art Gallery in Sweden, and the Urban Arts Space at Ohio State University. The collective also runs an small book press, publishing works by members of the collective as well as experimental works by independent artists outside the collective. Recent publications from Everything Is Collective Press have been featured and reviewed widely in print and on the web, and have been acquired by the collections of Joan Flasch Artists’ Book Collection at SAIC and the MoMA Library in New York, among others. http://everythingiscollective.com/ 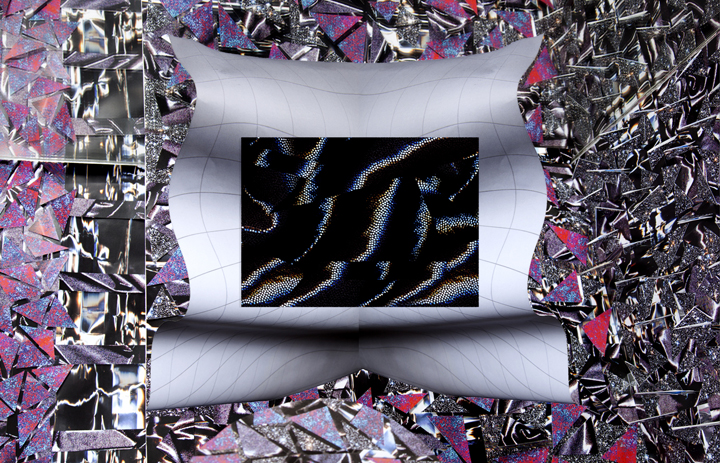